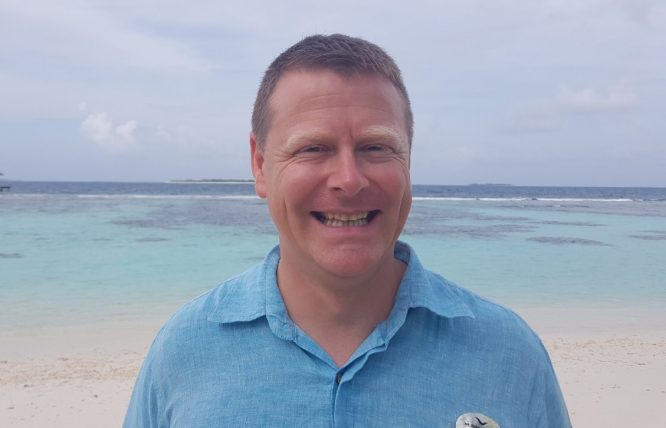 Cameron started his career quite young at the age of 15 in Glasgow, Scotland in 1995 as an apprentice Chef at a local hotel while attending Catering College for his professional diploma as a Chef.  The first 16 years of his working life was dedicated to Pastry and Bakery.

Cameron had the opportunity in various 5 star hotels and well-known restaurants throughout Europe and the rest of the world, including the Michelin Starred Cameron House Loch Lomond, Four Seasons London at Park Lane, and Sandy Lane Barbados, whilst also attending some of the best Pastry Schools in the world, including the Notter School of Pastry Arts in Florida, USA, Handwerkskammer Cologne, Germany and the Richemont Konditoreischule in Luzern, Switzerland. This helped him toned and specialized his pastry and baking skills.

Throughout his career, he developed a real passion and excitement for Food & Beverage and began to look at the many options outside of the pastry kitchen and career development that the industry offers. Eventually, he moved to the main kitchen as Executive Chef in-charge of Food & Beverage at Viceroy Maldives.

He later joined Dusit Thani Maldives, where he also led the redesign of the food & beverage outlets in a dual role as Executive Chef/Food & Beverage Project Manager, from original drawing board conception to full design and fit-out. He was then Director of Food & Beverage Operations for Jam Food & Beverage in Dublin, Ireland working on projects worldwide before joining Mövenpick Kuredhivaru.

Cameron very much enjoys learning and experiencing all aspects of the food industry, and the
innovation and focus it takes to try to stay on-trend and competitive. For him, things never stand still in hospitality, and he thinks himself fortunate to be working in such an exciting and an evolutionary line of work.

A pristine sanctuary and tropical oasis that is nestled in the undisturbed Noonu Atoll. Awaken your senses at Mövenpick Resort Kuredhivaru Maldives, located 45 minutes north of Male International Airport. Your own private plunge pool is a given in all 72 overwater pool villas, 30 beach pool suites and three beach spa pool residences.