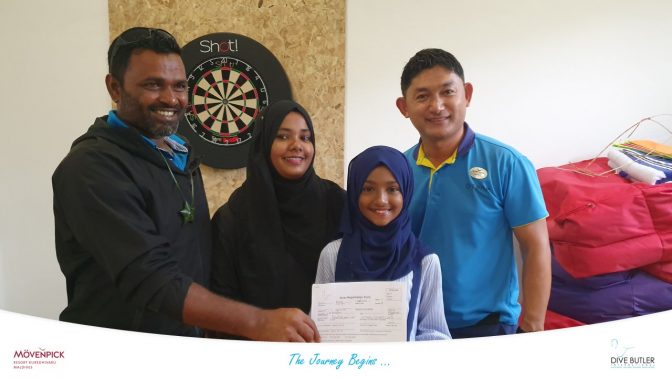 On 4th December 2019, Falak Anwar, a local girl from Manadhu School came one step closer to her dreams as she visited the Dive Centre at Movenpick Resort Kuredhivaru Maldives and got her dive registration done with the support from her parents, Movenpick Maldives Team, UNICEF and DBI Maldives.

As a part of Movenpick Resort Kuredhivaru Maldives’s commitment, the resort will provide Falak a learning platform at its Dive Centre to learn diving skills while being a potential young advocate for marine conservation and voice against marine pollution to support SDG Goal 14 – Life Below Water. With guidance from the resort’s CSR partner UNICEF, the resort will also prepare Falak to be a young advocate. 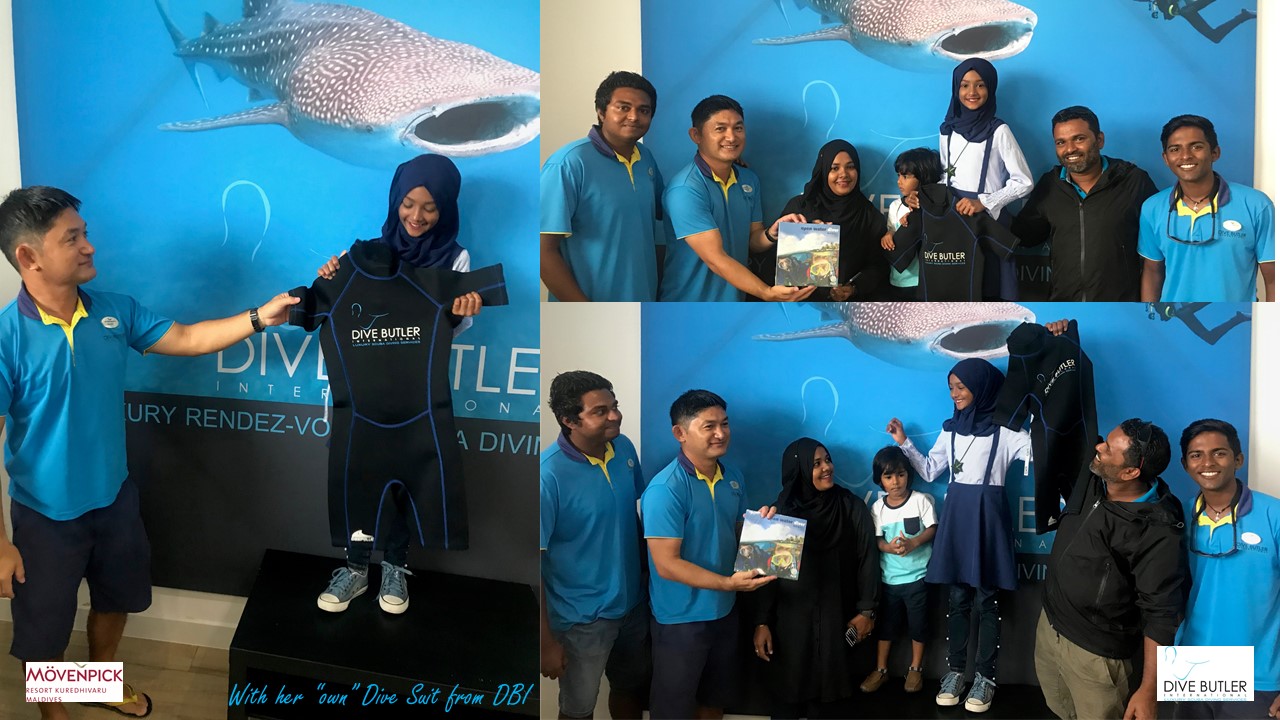 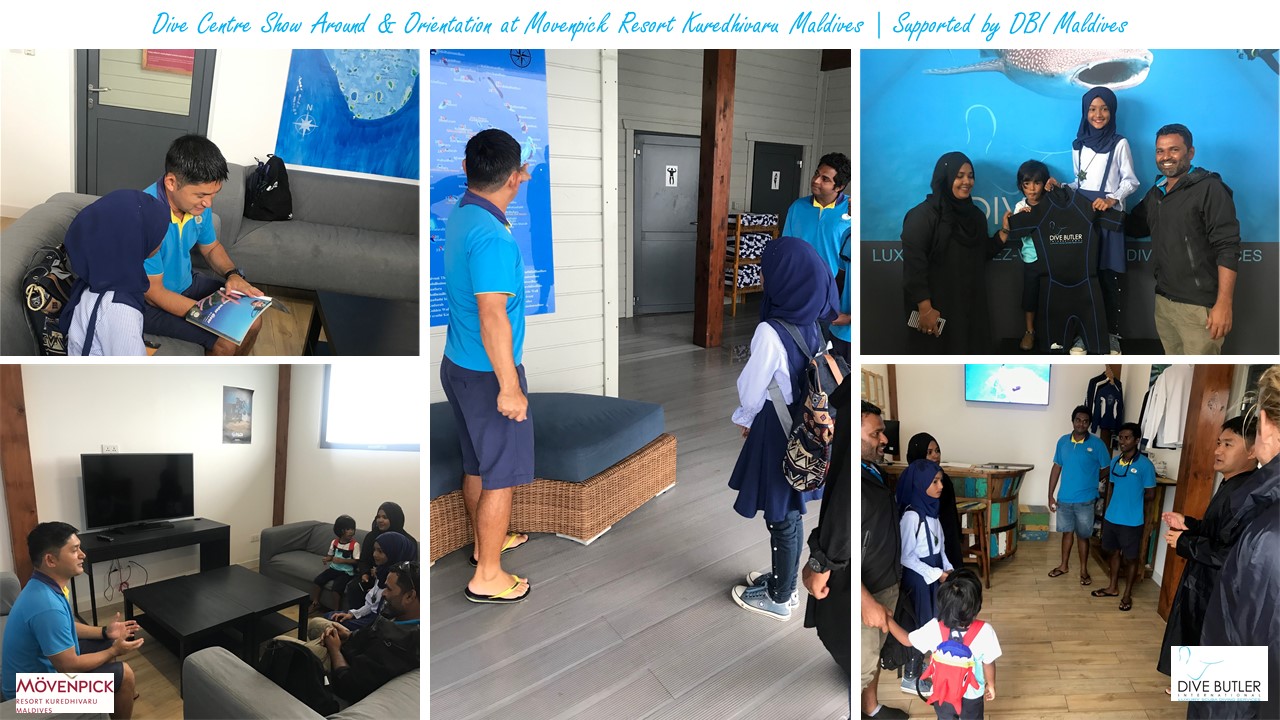 UNICEF during the World Children’s Day Celebrations on 20th November 2019 at Manadhu Noonu Atoll organized by Movenpick Resort Kuredhivaru Maldives interviewed Falak where she said, “My dream job is to be a diving instructor because I really love the ocean. I want to show people how graceful the ocean is.”

Falak also highlighted that she was inspired to dive by one of her brothers and she had her first dive experience when she was 9 years old. She said that she wants to stand up against littering the ocean.