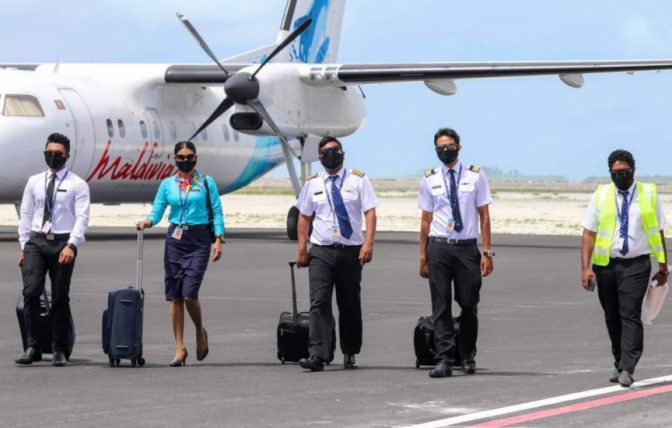 Maldivian ordered two ATR 72-600 series and one ATR 42-600 series turboprop aircraft. The ATRs will be equipped with the newer PW127XT engines offer a 3% reduction in fuel consumption and a 20% reduction in maintenance costs, along with the ability to use sustainable aviation fuels (SAF).  ATR aircraft already boasts the lowest fuel consumption and CO2 emissions of all the regional aircraft with ATR 72-600’s consuming up to 40% less fuel than aircraft in the category.

“We are pleased to take this next step in our expansion plans with ATR. We believe the new generation of ATR aircraft with the XT engines offer something we have been looking for in our fleet modernization, taking a step towards sustainability while keeping an eye on the operating costs as well as enhancing the cabin modernity and passenger comfort.” Mohamed Mihad, Managing Director of Maldivian

Maldivian’s plan to acquire ATR series aircraft was long in the making as a newer aircraft was needed to replace the aging Dash-8 200/300 series which are no longer in production.

“Welcoming a new member into the ATR family is always a great moment. The signing of this contract underlines the fact that, despite the current context of the pandemic, operators are looking to the future, and this is a strong symbol of the resilience of the aviation sector. Our aircraft have proven their reliability by linking up the islands of many archipelagos for almost four decades, and now we are proud to be able to contribute to the modernization and expansion plans of the national flag carrier of the Maldives.” Stefano Bortoli, ATR’s Chief Executive Officer.

Maldivian also planned to wet-lease three ATR series aircraft from Bangkok Airways for this high season however it was later canceled.