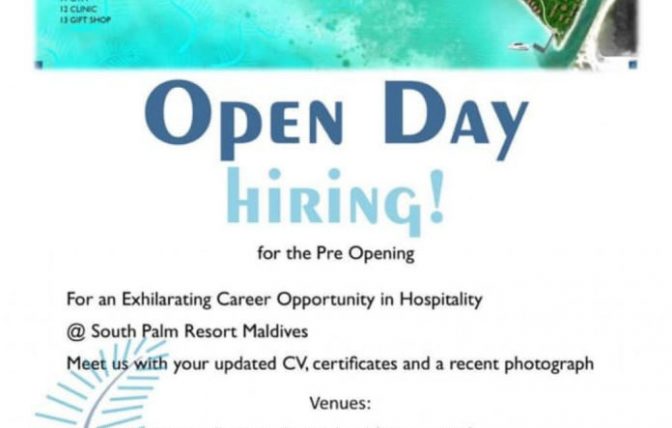 In addition to this, an open day is to be held in Fuvahmulah City Youth Center on the 1st of April 2019. An information session along with the interviews would be held in South Palm Feydhoo Office on the 2nd of April 2019.