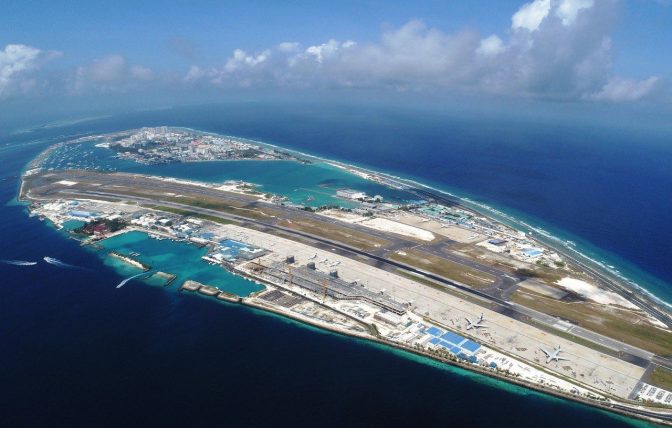 Maldives Airports Company Limited (MACL) has stated the new runway of Velana International Airport (VIA) will begin operations in October.

According to MACL, the new runway is currently in the testing phase and the flight collaboration testing phases will commence soon.

The new runway at VIA is 3,400m long and 60m wide and can accommodate wide-bodied passenger aircraft such as the A380.

The runway was developed by China based-Beijing Urban Construction Group (BUCG) costing USD400 million and this project was funded by a loan provided by China-based Axis Bank Limited.