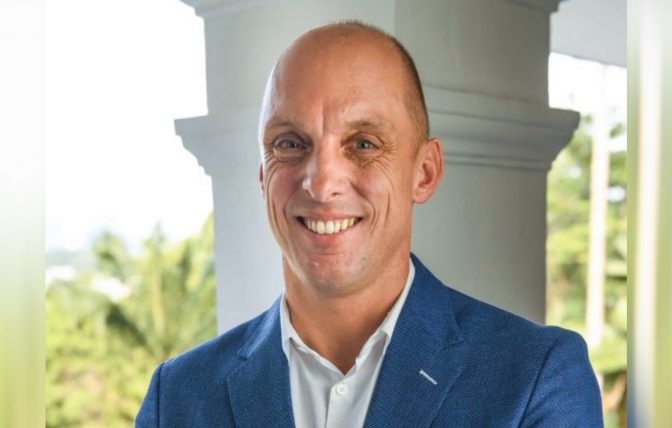 Patina Maldives, Fari Islands has appointed Marco Den Ouden as General Manager. In his new role, Marco will bring over 20 years of global experience in the luxury hospitality industry as he builds the pre-opening team and prepares to launch the property in Q1 2021.

Patina Maldives, Fari Islands will be the first launch under Patina Hotels & Resorts, a new sophisticated lifestyle brand by Capella Hotel Group, which was created for progressive travellers of a new generation. Strategically situated in the heart of the Fari Islands archipelago, Patina Maldives will offer guests the opportunity to enjoy privacy and seclusion or freedom of movement across the islands.

Marco joins the Patina Maldives pre-opening team from his role as General Manager of Soneva Jani, Maldives, the flagship property for the esteemed Soneva collection. Prior to his time in the Maldives, Marco spent four years with the Alila group, leading teams as General Manager across three of their sought-after properties across Indonesia and China. Marco was responsible for the opening of Alila Wuzhen and Alila Anji, which was the first Alila to open in China, the successful opening of which paved the way for future projects in the country.

Having nurtured a passion for hospitality from an early age, Marco gained a BA in Hotel Management from Glion Institute of Higher Education, before beginning his career with NH Hotel Group. Following this, Marco combined his interests in hospitality and food and dining, opening his own restaurant in Rotterdam. Coopvaert was a highly regarded farm-to-table concept, which was consistently recognized as one of the top three fine dining restaurants in Rotterdam.

In 2009, Marco felt drawn back to the hotel industry and accepted an opportunity to become the International General Manager of Jin Jiang Hotel in Chengdu. Marco also worked as an F&B Hospitality Consultant for the Les Amis Group, channelling his expertise to advise on new concepts, and leading project overhauls to improve overall service and structure. Between 2012-2014, Marco was the General Manager of Huvafen Fushi by Per AQUUM, Maldives, leading a ten week renovation projects to enhance guest offerings.

He is fluent in Dutch and English, Marco is also able to speak German, Mandarin, French and Italian.

Patina Maldives, Fari Islands is set to launch in Q1 2021.