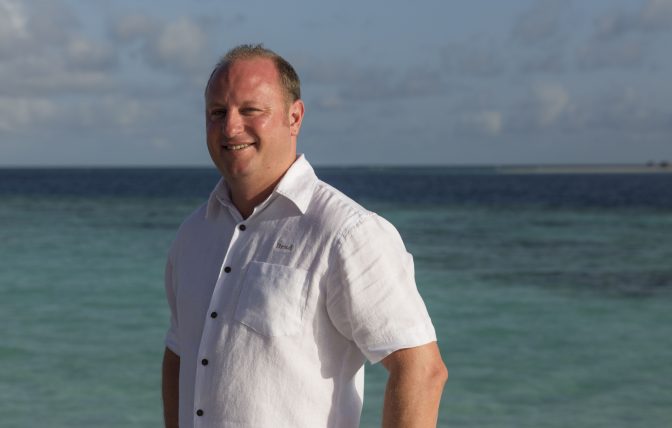 With twenty-four years of experience in the hospitality industry, Bradley Calder, a New Zealand national, has a career spanning the globe. From private members clubs and city hotels in London and New Zealand to resorts in Fiji, Bali and the Maldives.

Whilst studying for his Degree in Hospitality Management at Auckland University of Technology in New Zealand, Bradley was already busy working his way up the ladder from Banqueting Waiter to Banquet Supervisor and Restaurant Supervisor. Upon graduation, Bradley decided he should apply his knowledge in London where the hospitality was an established profession.

His career began in London with Whitbread corporation at their headquarters as an Event Manager overseeing many corporate conferences and events for the bankers of Liverpool Street. After a year and a half Bradley was headhunted to become Private Parties Manager the newly opened exclusive private members club and hotel, Home House just one week prior to his 24th birthday. Bradley was a part of the team for more than four years and entertained celebrities and businessmen from around the globe and completed his tenure at Home House as F&B Manager at the age of 28.

After returning briefly to New Zealand and marrying in the Cook Islands, Bradley decided that resort hospitality was far more appealing than city hotels and shortly after he received an opportunity to work at the Warwick Resort & Spa, Fiji as Director of F&B. After 2 years it was off to another island posting as Director of F&B at the Hard Rock Hotel in Bali where he was promoted to Executive Assitant Manager within a year.

Following five and a half year’s in Bali, Bradley was posted by the owning company HPL, to Gili Lankanfushi in the Maldives as Resort Manager where he has spent the last three and a half years before joining Crown and Champa at Hurawalhi Island Resort.

My time in London at Home House Private Members Club allowed me to host many a celebrity from Bono of U2 to Brad Pitt, Madonna, Nicole Kidman and Angelina Jolie to name but a few and I always found my interactions with them very interesting as they were always very down to earth people.

But my most notable success was being a part of the Gili Lankanfushi team who was awarded the Best Resort in the World for the Trip Advisor Travellers awards in 2014 and 2nd Best Luxury Hotel 2015. This achievement was all down to teamwork, constant analysis of our operational standards and forever striving to engage our guests to understand their needs and deliver experiences to exceed their expectations.

I would suggest that the most challenging aspects of my career have been with the financial practices in island resorts where most systems are antiquated and labour intensive and therefore open to discrepancies. It is great to see that the owners of Hurawlahi Island Resort have invested in the best software on the market to ensure efficiency and accuracy.