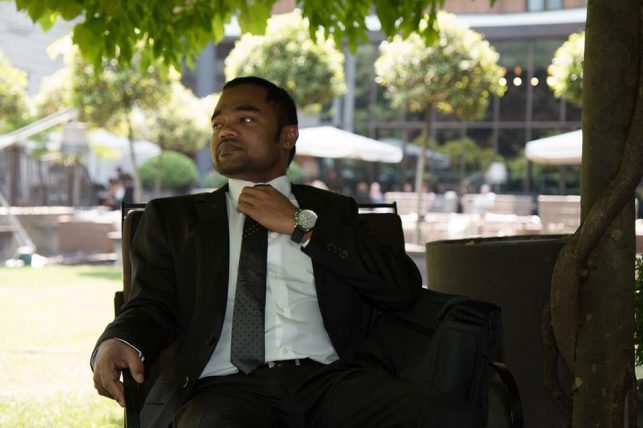 Our team at Travel Trade Maldives decided to sit down and gain some insight on the inspiring story of Mohamed Nihaj, General Manager of Rahaa Resorts. He has worked from the very bottom, applying his solid virtues and worked hard in order be at the top and is one of  the leading hoteliers in the industry

Could you please give us an introduction on how your professional life began?

My professional life began while I was studying A’level in CHSE. While studying, I was also simultaneously working as a laboratory technician. For that reason, I attended school in colored clothes rather than the school uniform. Upon finishing CHSE, I decided to join the Four Seasons Apprenticeship program which became the gateway for me to enter the tourism industry.

At Four Seasons, I had to start from scratch as someone who was absolutely new to the industry. I attended theory classes in order to gain more understanding on the industry and did stewarding and F&B trainings along with it. Within one year, I was able to learn more than enough and then moved to a job at Bandos Maldives.

I will always remember how I got the chance to work at Bandos. As it happened, Mr. Waheed Deen was the chief guest at our graduation where I spoke as a representative of all the graduates. Shortly after graduation, I received a call from Bandos saying that they needed me there due to a request from Mr. Deen. When I went there, they told me that they wanted me to work there in F&B and I agreed. However, I didn’t work very long there. As I was facing difficulties in adjusting to the work style in Bandos after working at Four Seasons, I decided it was time to move on.

After I resigned from Bandos I went back to my island. Not too long after, a friend of mine from Angaga Resorts called me asking for my help. He explained that it was the festive season and that he needed my help. I agreed and went there to help him out and ended up staying there. However, I didn’t stay too long at Angaga either, and I shifted to F&B of Huvafenfushi. I started from the very bottom as a waiter, moving on to F&B Captain and then to Restaurant In-Charge.

At that time, I decided I needed a change and applied for the position of a butler designated for the special pavilions in the resort. I was accepted and got the chance to interact with the top celebrities who visited Maldives then. Eventually, I got promoted from Head Butler to Guest Relations Manager and Front Office Manager.
After Huvafenfushi, I then moved to Velaa Private Island as the Resident Manager and filled the position of General Manager in the absence of the then General Manager. After that, I went to Switzerland to study at BHMS and finished my Postgraduate Diploma and Masters there. When I finished studying at the University, I decided to gain some overseas experience and hence, worked at a city hotel in Russia. I worked for three months there before coming back to Velaa as the Resident Manager once more and then being promoted to the Owner’s Representative.

What made you move to Rahaa from Velaa?

After having worked in Velaa as an RM, I had gained so much experiences due to working on so many projects. I finally felt like I was ready to take on the position of General Manager of a resort. Along with the fact that I felt ready, I also wanted to challenge myself as Rahaa is a stand-alone property and would prove to be a very challenging opening, as the resort was in a secluded location. I wanted to prove to myself that I could make it a success.

What was the biggest challenge that you faced?

The hardest challenge I faced was the logistics of passengers and cargo being on a remote island specially on wet weather conditions. Sea planes would be delayed or were not able to fly during bad weather and in some instances they would land to a nearby resort where the sea conditions are favorable  for them to land. It could be stressful to handle the guests in these circumstances.

What was the biggest success that you achieved?

I have achieved a lot of successful feats in my life. However, the biggest one I am proud of is the opening of Velaa, as I worked on it both personally and professionally. I approached many wealthy businessmen trying to purchase an island for the resort and finally settled on one after receiving many proposals. I was also there during the construction of the resort and the pre-opening. I am always proud of the fact that I worked hard and poured my heart and soul into the project.

What would you like to say to aspiring young hoteliers?

One of the most important messages I have learned is that you need to work hard. And I don’t mean you have to work harder physically. You also need to work smart. Have interest and passion in what you do so that you are able to do what you do with love. If you do not love what you do, you are not going to be able to do it well. I have always applied these virtues in my work and I believe that is what makes me the person I am today.