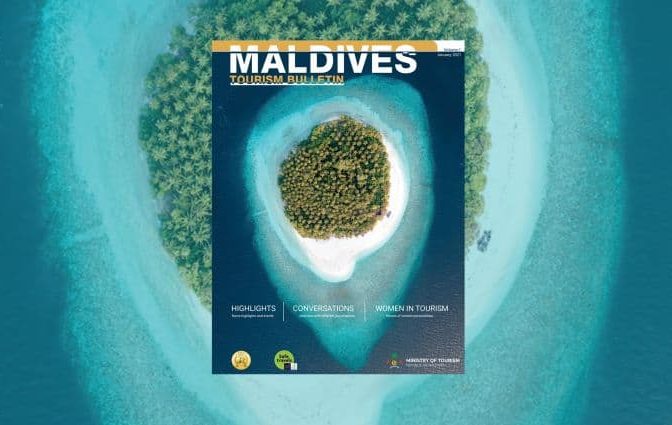 On 1st January 2021, President Ibrahim Mohamed Solih has launched the first issue of “Maldives Tourism Bulletin” – a tourism magazine published by the Ministry of Tourism.

Announcing the launch in a tweet, President Solih stated that he is confident that the magazine would prove useful for industry stakeholders, students and visitors. The magazine depicts the Governments’ plans to advance the tourism sector in the Maldives.

Proud to launch the first issue of “Maldives Tourism Bulletin” – a tourism magazine by the @MoTmv. I’m confident that the magazine would prove a useful source of information for industry stakeholders, students and visitors. https://t.co/6i7YnKgOte pic.twitter.com/xthjGS3ndN

President Solih also contributed to the foreword of the first issue. He stated that our natural assets and the tourism sector’s care and expertise had established the Maldives as a standard-bearer for the industry and one of the world’s most popular destinations.

He expounded on the hardships the industry has had to endure due to the COVID-19 pandemic, affirming that through the combined efforts of stakeholders, and stringent safety measures taken to ensure that the Maldives is a safe-destination, the number of visitors to the destination is now steadily on the rise.

He also expressed his optimism that we will continue to see the tourism sector strengthen as the Maldives, and the world, recover in 2021. The magazine can be accessed at tourism.gov.mv/en/news/maldives_tourism_bulletin.