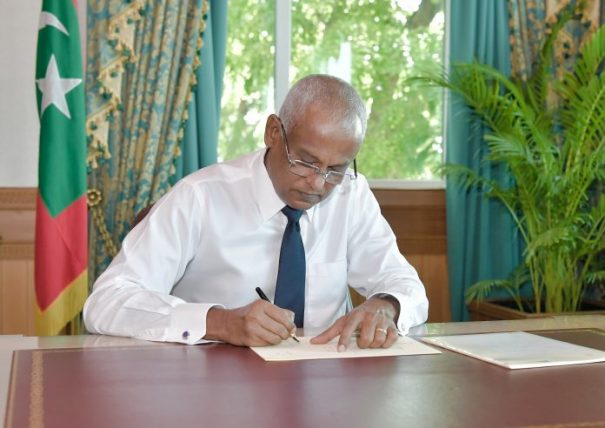 The amendment was passed by the Parliament on Monday, 30th September 2019, at the special sitting of the People’s Majlis.

The amendment revamps the Anti-Terrorism Act to include essential elements to assist authorities under special circumstances in preventing acts of terrorism. It further contributes to the prevention of terrorism by incorporating early intervention strategies.

Upon ratification, the amendment has now been published in the government gazette.