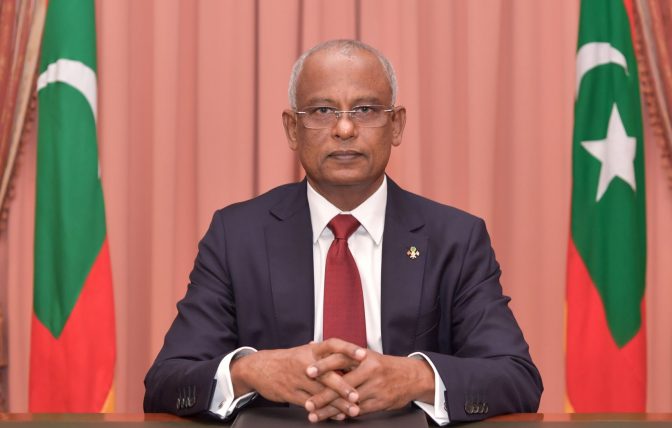 President Ibrahim Mohamed Solih has given the presidential address during the Inaugural Session of Parliament Today. During his address to the country, he has highlighted on the accomplishments of the tourism industry last year.

The International Montery Fund (IMF) estimates the Maldives to be among the top five economies globally expected to grow the most in 2022. The Government forecasts a 12 percent increase in Maldivian GDP in 2022 and a total of 1.6 million tourists visiting the Maldives this year.

To the question and uncertainties that surround low wages in the tourism industry, the Government has found an unequivocal response – the determination of a minimum wage. This ensured that employees across all industries have significantly improved take-home pay.

This especially impacts over 13,000 Maldivian employees in the tourism industry. It has also benefited 15,400 employed in the government sector and 5,100 employees in State-owned companies.

“Good changes come with pure intentions. Ahmed Rasheed works in a resort miles apart from his family in central Maldives. For the past 16 years he received MVR 5,600 as a monthly salary. However, with the minimum wage coming into force, he now receives MVR 8,000 as his basic salary. Including service charge, he received a total of MVR 55,000 in the month of January. These benefits go beyond what we pledged. Every good thing that happens to a citizen is an advancement for the country.” – President Ibrahim Mohamed Solih

Additionally, the presidential address also highlighted on island tourism development projects such as the Addu City development plan, where 236.5 hectares of land will be reclaimed, including land designated specially for tourism. Furthermore, Gan International Airport will also be developed with the capacity to serve 1.5 million tourists annually.