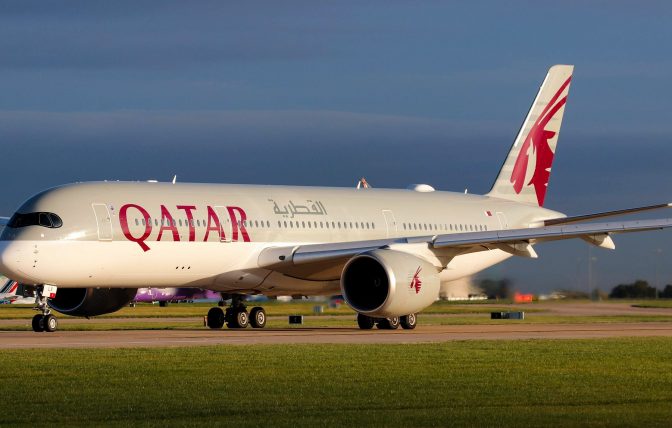 Qatar Airways has announced it has signed a codeshare agreement with Bulgaria Air. Sales has started from 18th February with the first codeshare flights to operate from 2 March.

Qatar Airways Group Chief Executive, His Excellency Mr. Akbar Al Baker, said: “This agreement with Bulgaria Air follows other recent partnership announcements we have made with airlines across the world, demonstrating our commitment to working with our peers to provide passengers seamless connectivity and unrivalled service.”

Bulgaria Air Chief Executive Officer, Hristo Todorov, said: “It is a great pleasure for Bulgaria Air to add Qatar Airways to its partnership network, which is undoubtedly one of the most respected and prestigious airlines in the world. We are delighted that they have chosen us as a partner enabling our passengers to travel quickly and conveniently to over 170 destinations with Qatar Airways. This cooperation is only a part of our long-term development strategy and we are happy to welcome the passengers of Qatar Airways onboard our aircraft.”

Qatar Airways first launched services to Sofia, Bulgaria on 22 September 2011 beginning with a four-times weekly service. In the years since, due to the strong demand by travellers, the service has grown to 14 weekly flights.

A multiple award-winning airline, Qatar Airways was named ‘World’s Best Airline’ by the 2019 World Airline Awards, managed by the international air transport rating organisation Skytrax. It was also named ‘Best Airline in the Middle East’, ‘World’s Best Business Class’, and ‘Best Business Class Seat’, in recognition of its ground-breaking Business Class experience, Qsuite. It is the only airline to have been awarded the coveted “Skytrax Airline of the Year” title, which is recognised as the pinnacle of excellence in the airline industry, five times.