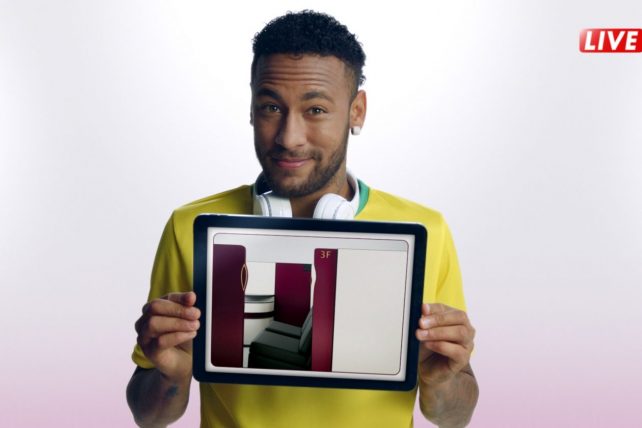 The all-star teams are led through the safety routine by a comedy double act of coach and kitmam, played by British television actors Jason Thorpe and Ross Hatt.

Lewandowski demonstrates how to use a life jacket, while Cafu helps a younger version of himself attach an oxygen mask and Paris Saint-Germain star Neymar Jr makes a special appearance to guide Qsuite passengers.

Qatar Airways said it hopes the video will add a playful spin to a vital part of the in-flight experience.

“At Qatar Airways, safety is priority one and we want to ensure everyone, including our most frequent travelers, watches our safety briefings,” explained the airline’s head of marketing Ms. Salam Al Shawa.

“The wonderfully creative concept will capture our passengers’ attention whilst providing a fun, light-hearted video to get the in-flight entertainment underway. The level of quality and attention to detail in this video is paramount and I am sure the content will both inform and amuse our global passengers of all ages,” she continued.

Addressing concerns that humorous in-foot he safety videos may actually be taking a risk with passenger safety, a spokesperson for the video’s production company said:

“Humour has been shown to increase memory, so there seems to be no better way to communicate such important information than by making it fun. As always, the world of Qatar Airways enchants.”