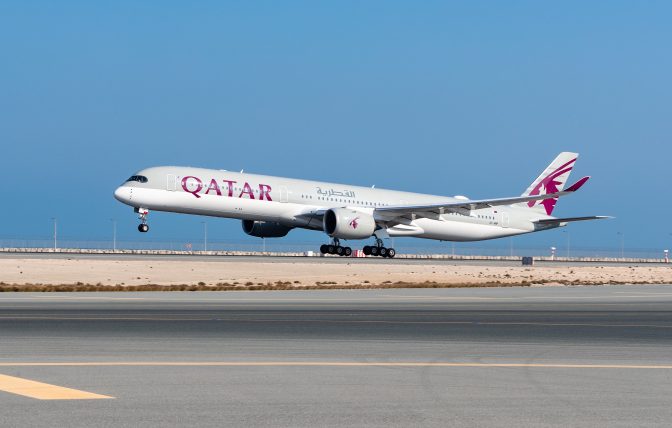 Passengers from KSA can once again enjoy the award-winning Qsuite, featuring sliding privacy doors and the option to use a ‘Do Not Disturb (DND)’ indicator. The Qsuite seat layout is a 1-2-1 configuration, providing passengers with one of the most spacious, fully private, comfortable, and socially distanced products in the sky.

The national carrier of the State of Qatar continues to rebuild its network, which currently stands at over 110 destinations with plans to increase to over 125 by the end of March 2021. A multiple award-winning airline, Qatar Airways was named ‘World’s Best Airline’ by the 2019 World Airline Awards, managed by Skytrax. It is the only airline to have been awarded the coveted ‘Skytrax Airline of the Year’ title, which is recognised as the pinnacle of excellence in the airline industry, five times.

Hamad International Airport (HIA), the airline’s home and hub, was recently ranked ‘Third Best Airport in the World’, among 550 airports worldwide, by the Skytrax World Airport Awards 2020. Rising from fourth position in 2019 to third in 2020, HIA has been steadily rising in the ‘World’s Best Airports’ rankings since the start of its operations in 2014. In addition, HIA was voted the ‘Best Airport in the Middle East’ for the sixth year in a row and ‘Best Staff Service in the Middle East’ for the fifth year in a row.