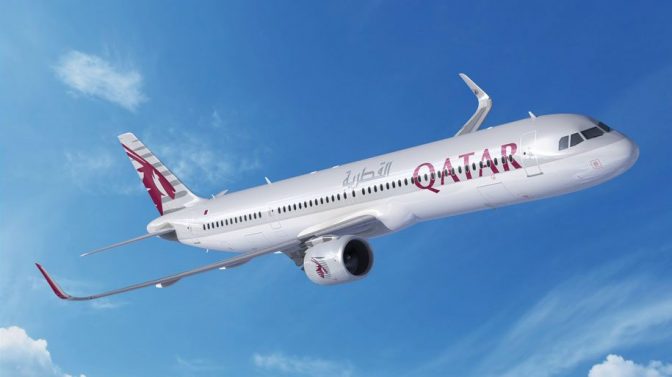 Qatar Airways Group Chief Executive, Akbar Al Baker, said: “To be recognised once again by the readers of Business Traveller with these prestigious awards is a huge honour for Qatar Airways and an appreciation of our promise to consistently deliver a truly world-class service.”

Business Traveller readers are invited to vote for the awards, which are then further authenticated by an independent auditing company. The awards were collected from the host, BBC News journalist John Pienaar, on behalf of Qatar Airways by the airline’s European Senior Vice-President Sylvain Bosc and the UK and Ireland Country Manager Gary Kershaw.

The haul is the latest in a string of awards successes for Qatar Airways, as the airline was also named ‘World’s Best Airline’ by the 2019 World Airline Awards, managed by international air transport rating organisation Skytrax.

It also collected ‘Best Airline in the Middle East’, ‘World’s Best Business Class’ and ‘Best Business Class Seat’, in recognition of its ground-breaking Business Class experience, Qsuite. Qatar Airways is the only airline to have been awarded the coveted “Skytrax Airline of the Year” title, which is recognised as the pinnacle of excellence in the airline industry, five times.

Airline alliance ‘Oneworld’, of which Qatar Airways has been a member since 2013, once again won the ‘Best Airline Alliance’ award, confirming its position as the world’s premier global airline alliance.

Qatar Airways currently operates a modern fleet of more than 250 aircraft via its hub, Hamad International Airport, to more than 160 destinations worldwide. The airline has recently launched an array of exciting new destinations, including Rabat, Morocco; Izmir, Turkey; Malta; Davao, Philippines; Lisbon, Portugal; and Mogadishu, Somalia. The airline will add Langkawi, Malaysia to its extensive route network later this month; with Gaborone, Botswana; Luanda, Angola and Osaka, Japan set to follow over the next few months.