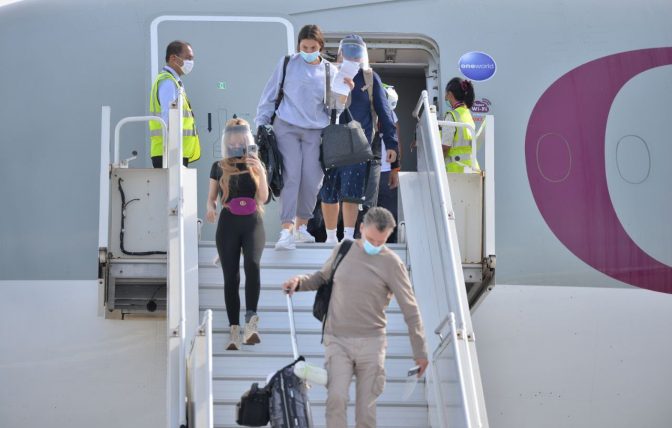 Ray of Hope: Maldives Welcomes 560 Tourists in a Week

Finally, Maldives sees ray of hope as the destination welcomes 560 tourists since reopening its borders from 15th July.

According to Immigration’s data, 443 tourists arrived in the Maldives in the first 3 days and this was a good rise on average until the statistics revealed a decline with the arrival of few tourists after the first three days, 117 to be exact. The data on the tourists and their nationalities are currently being compiled.

Upon border reopening, President Ibrahim Mohamed Solih and Former Tourism Minister Ali Waheed had highlighted the interest shown by tourists to travel to the Maldives.

In light of this, Tourism Minister Fayyaz Ismail stated that it will take approximately 3 months for tourism to return to its normal pace. Due to the travel and border restrictions in other countries, it is possible for the Maldives to output a lower amount of tourist visits, said Fayyaz Ismail.

The Maldives closed its borders to tourists on March 27 as a precautionary measure against COVID-19. The tourism-dependent island nation reopened its borders last week on the 15th of July, after taking stringent safety measures.

Upon reopening, 104 tourists and 38 locals arrived on a Qatar Airways flight; the first international passenger flight to arrive since the lockdown was lifted. Most of the tourists were from Turkey, with 14 arrivals. The second-most number of tourists arrived from the US, with 12 arrivals. 9 visitors from the Netherlands, 7 from Switzerland were also among the arrivals.

With the reopening of borders, Maldives has set new target to welcome 850,000 tourists in 2020.