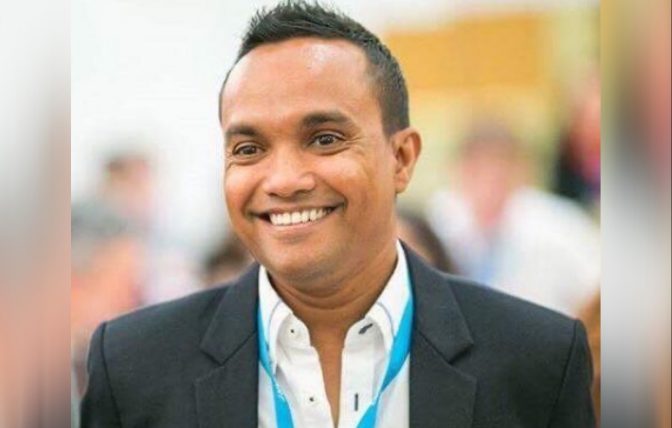 The Ritz-Carlton Maldives, Fari Islands has appointed Nabeel Abdulla as its new Director of Sales.

A Maldivian national born in Addu Atoll, Nabeel has over 15 years of experience in the hospitality industry, and was involved in the opening and launching of four top-tier resorts and one city hotel in the Maldives. He commenced his new assignment with The Ritz-Carlton Maldives on 16th March, 2020.

Nabeel joins the Ritz-Carlton Maldives pre-opening team from The Small Maldives Island Co as Group Director of International Sales and Distribution, where he spearheaded the sales and distribution division of Amilla Fushi and Finolhu resorts for the past 7 years.

He started his journey in the hospitality sector at an early age working in various front office and reservation roles at Six Senses for Soneva Fushi and Soneva Gili, and eventually moved into sales and marketing. He previously worked as Sales and Marketing Manager for Huvafen Fushi by Per AQUUM in 2006.

After spending almost three years at Huvafen Fushi, Nabeel joined the highly anticipated opening of Maldives capital’s first international hotel, Holiday Inn Male’ (rebranded now as Hotel Jen) as opening Director of Sales and Marketing in 2009. After the successful launch of IHG’s first hotel in the Maldives, Nabeel moved to the Anantara Group in 2010 to open its flagship property Anantara Kihavah Villas MAldives, where he was responsible to launch and establish the resort in key international markets.

Known by almost everyone in the wider circle of Maldivian tourism and a friend of marketers in the industry, Nabeel is often tipped in the industry as one of the best sales and marketing professionals in the destination.

He was a recipient of multiple industry and community awards for his efforts in the hospitality arena. Most recenlty, the Corporate Maldives (leading business and hospitality magazine of Maldives) has introduced the 20 most influential sales and marketing professionals in the Maldives of 2018 and one of them was Nabeel.