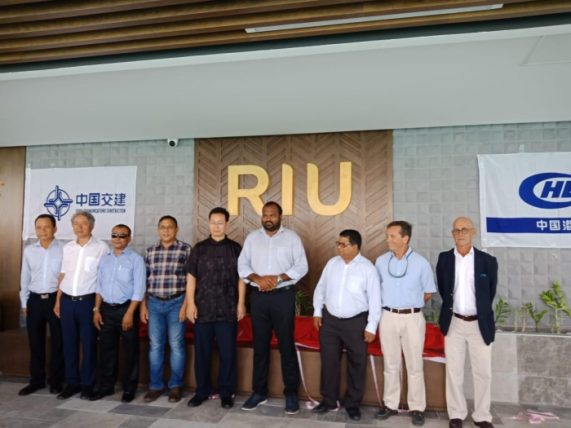 Two resorts developed by Riu Hotels and Resorts of Spain have been opened in Maldives on 18th May 2019. The two resorts are namely; Hotel Riu Palace Maldives – a five star resort and Riu Atoll – a four star resort. The two resorts were developed in Dhaalu Atoll Kedhigandu and were opened by the Minister of Tourism, Honorable Ali Waheed. The Ambassador of China for Maldives, Mr.Zhang Lizhong and senior officials of Riu Hotel joined the opening ceremony. The Riu Palace Maldives has 176 rooms with villas allowing direct access to the beach. Riu Atoll has 264 rooms with a view of the beach. Both resorts offer cuisine from all over the world along with infinity pools. The resorts are connected with a walkway and were built by CCC company from China, who also are the builders of the Sinamale bridge. Tweet