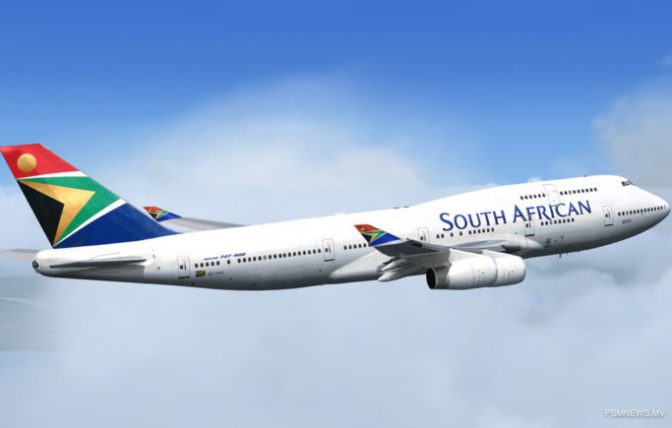 More flights from South African Airways (SAA) are scheduled to fly to Addu City during mid-2019 as per the Tourism Minister Hon. Ali Waheed.

The management of SAA noted during a meeting with the Minister of Tourism that the flights operated by SAA to Addu City are so far successful. Hence, more flights are being scheduled. In addition to this, discussions are made to operate flights of SAA to various destinations in Maldives.

SAA began its operations to Addu City during 2018, resulting in more tourist arrival to Maldives from South Africa. Two tonnes of cargo can be imported to Maldives during these flights.