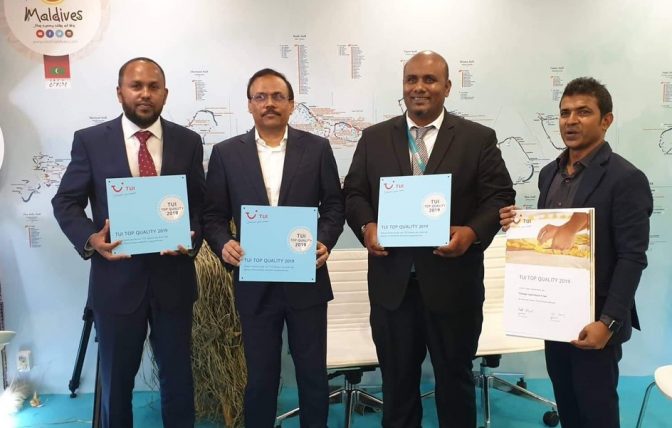 The TUI Top Quality title marks the most popular holiday destinations on their website. With this award, Safari Island, Thulhagiri Island and Dreamland are a part of world’s 250 most popular hotels rated by TUI’s guests now. All the hotels that achieved the award is considered ‘First Class’, it contributes to the resort’s credibility and proves its excellent services.

TUI Top Quality Award was launched in 2015 and aims to highlight hotels’ outstanding efforts to guests and providing the customers with objective orientation when choosing their next holiday hotel. Conditions of the award includes, at least 30 assessments from the TUI guest surveys in the span of the year, hotel’s performance and passing the TUI Safety Check, signing TUI Deutschland’s Pool Safety Declaration.