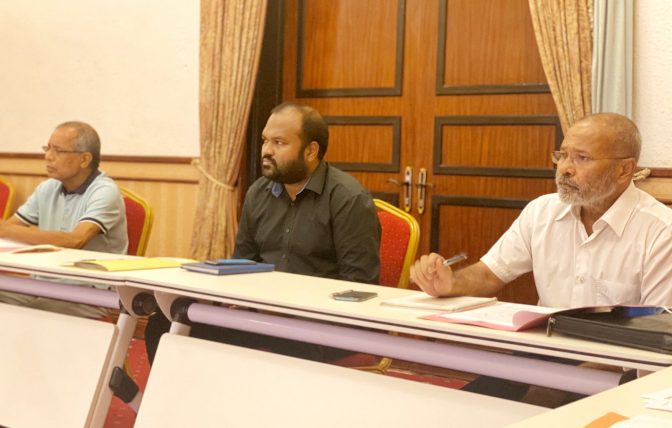 Tourism Ministry has decided to amend the draft guidelines for Safe Tourism by waiving off the initially proposed fees.

Speaking at the Peoples Majlis Economic Committee tonight, Tourism Minister Ali Waheed said that the draft regulation was drawn up on a bid to revive the hard hit tourism industry.

The first draft by the Ministry included a licensing fee of USD 50,000 applicable for the issuance of the safe tourism license along with USD 100 visa fee and a $100 charge for a compulsory PCR Test upon arrival.

Furthermore, charter flights and private jets were to be charged a landing fee of USD 50,000 while super yachts entry fee was at USD 10,000.

The fees were waived off based on the feedback from industry stakeholders. The guidelines have also been revised for the third time and will be finalized before June 1, the Ministry reported.

Minister Ali Waheed had virtual consultations with industry stakeholders and further discussions with MATI, MACL, MMPRC, MCAA and Technical Advisory Group on 21st May regarding “Guideline to Restart Maldives Tourism.”

After the meeting, the Minister talked to World Tourism Organisation (UNWTO) chief Zurab Pololikashvili on the process of reopening Maldives borders to tourists.

“Pleased to talk over the phone with World Tourism Organization @UNWTO SG @pololikashvilitonight. SG assured that UNWTO will assist in our guideline to restart Maldives tourism & give full support in the process. Discussions are ongoing with the stakeholders for a good start,” Minister Ali Waheed said, on Twitter.