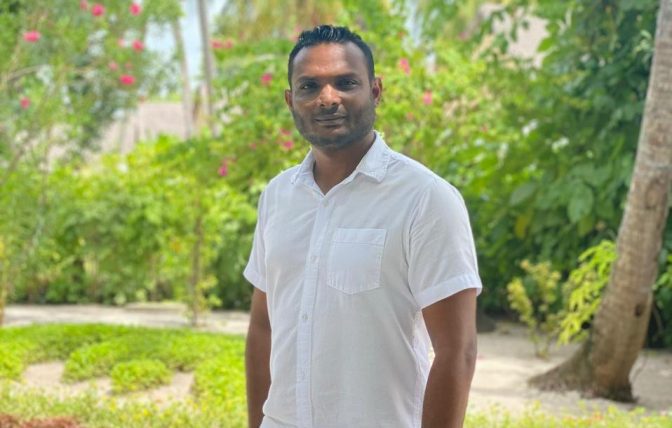 Shaaz Naseer has taken the leap from Executive Housekeeper to the position of Resort Manager at Kudafushi Resort & Spa.

Shaaz is a dedicated and compassionate hospitality professional who specializes in Rooms Division Management. He is highly motivated to work under environments that enables him to fully utilized existing skills, strong leadership skills and customer service skills. Shaaz is passionate about travel and to learn more cultures. With over 11 years in the hospitality industry of Maldives, Shaaz previously worked with Meeru Island Resort as well. He joined Kudafushi Resort & Spa as the Executive Housekeeper in 2016 and has worked his way up to now take on the responsibility of the Resort Manager.

With regard to his promotion, he commented, “This achievement is not for me, but all those who worked for me and you guys deserve the credit for making me a better person and believing in me. Congratulations to all those who worked tirelessly for my team and thank you for all the hard work.”

Settled in Raa Atoll of the Maldives, Kudafushi Resort can be reached by a 45-minute (estimated due to schedule of independent seaplane) scenic seaplane ride from the capital of Malé. Alternatively, you can take a 25-minute speedboat ride from Ifuru Domestic Airport. It is a 30-minute domestic flight to Ifuru Domestic Airport from Malé.