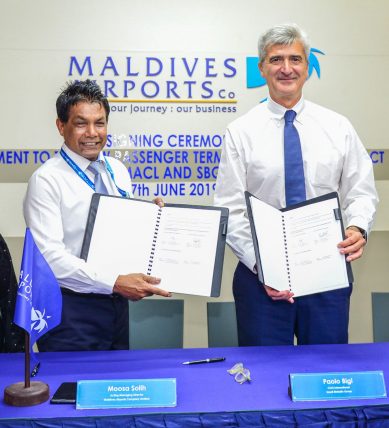 In a special ceremony, the signing of the amendment contract for the development of the new Passenger Terminal building between Maldives Airports Company Ltd (MACL) and Saudi Bin Laden Group (SBG) was held on 27th June 2019. 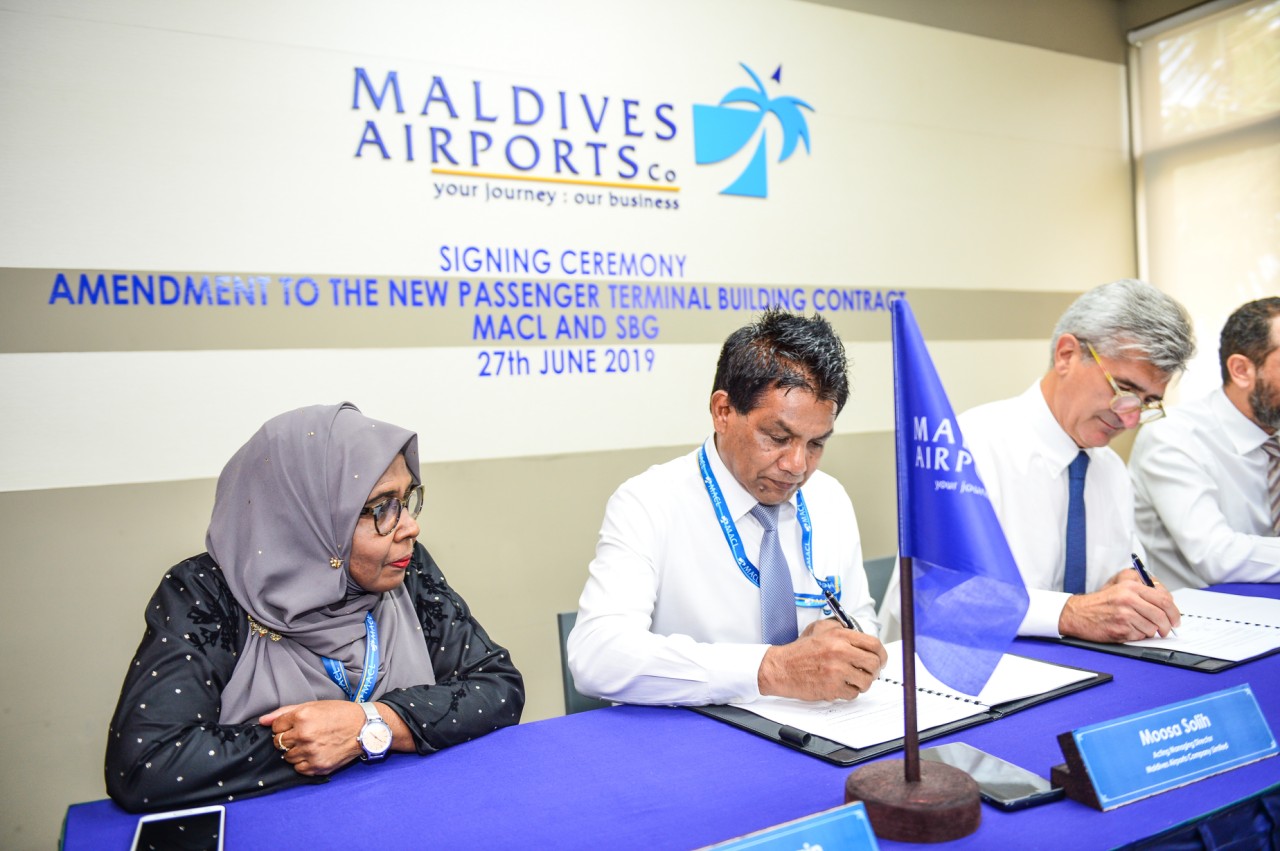 As per the contract, the duration of work is around 42 months which is set to complete in May 2022. The building area is 78,000sqm and the project value is USD 357 million. The project’s scope of works includes 6 contact stands and 4 remote stands at the New International Terminal Building, Landside Roads and Landscape works, Seaplane area with tourist lounges, Fine dining, retail and lounges, MEP works including inline BHS, vertical and horizontal assisted transportation compliant with EU and local security regulations, Demolition of existing pier building and related works.  As per the current progress, all piling works are completed and road diversion works are in progress

The ceremony was attended by the Minister of Finance, MACL chairman and board directors, MACL Company Secretary, Country Manager of Saudi Bin Laden Group, Consultant for VIA upgrading, and senior staff of MACL and SBG along with airport stakeholders.