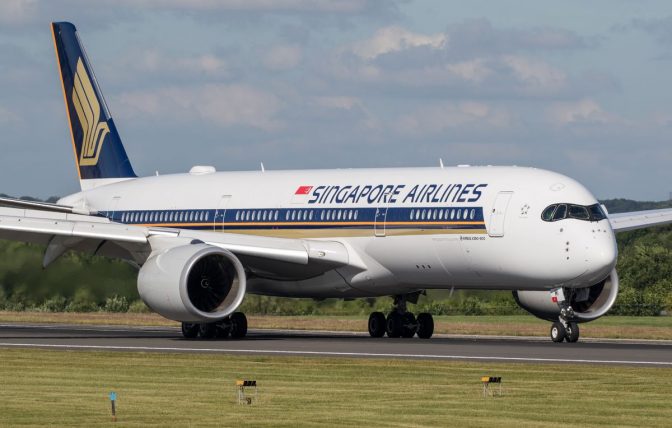 Singapore Airlines Grounds Most of its Fleet Amid Travel Restrictions

Singapore Airlines Ltd will cut capacity by 96 per cent and ground almost all of its fleet, the carrier says, in response to COVID-19 travel restrictions it called the “greatest challenge” it had ever faced.

The move comes as global travel hub Singapore closed borders to travelers and transiting passengers in a bid to stem spread of the virus.

Shares of the airline, majority owned by Singapore state investor Temasek, were down nearly 9 per cent on March 23rd, outstripping a drop of 8 per cent in the benchmark, its biggest fall since October 2008.

The airline industry worldwide is seeking state bail-outs to absorb the shock from the pandemic, as widespread travel curbs have forced many to ground fleets and order thousands of workers on unpaid leave to keep afloat.

“This will result in the grounding of around 138 SIA and SilkAir aircraft, out of a total fleet of 147, amid the greatest challenge the SIA Group has faced,” it said in a statement.

The company has drawn on its credit lines in the last few days to meet immediate cash flow requirements and is in talks with financial institutions over future funding needs, it added.

Low-cost carrier Scoot will also suspend most of its network, leading to the grounding of 47 of its fleet of 49 aircraft, the airline said.

“It is unclear when the SIA Group can begin to resume normal services, given the uncertainty as to when the stringent border controls will be lifted,” the airline said.

The cuts are in line with those made by rival Cathay Pacific Airways Ltd, which slashed passenger capacity by 96 per cent in April and May.

Singapore Airlines said it was looking to shore up liquidity and reduce expenses, by asking aircraft makers to defer deliveries and adopting salary cuts for management, among other steps.

The airline will focus on protecting jobs, Chief Executive Goh Choon Phong said. The group had more than 26,500 employees in the financial year that ended in March 2019.

The company has engaged the unions in talks on further cost-cutting measures.