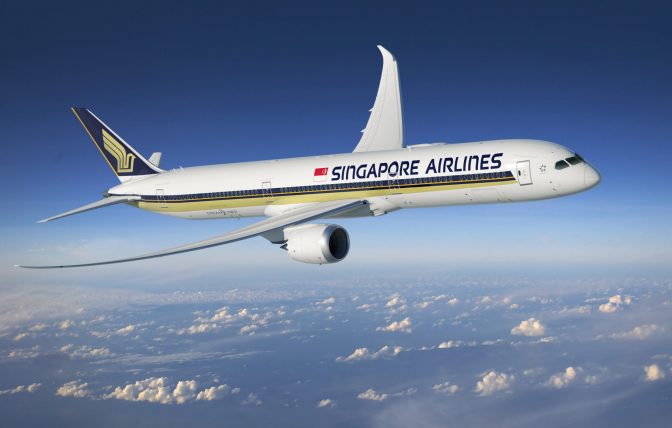 Singapore Airlines Recommences Flights For Some Destinations In June, July

Singapore Airlines (SIA) and SilkAir are increasing the number of destinations in their network, as well as frequencies on some existing services, in June and July 2020.

The national carrier of Sinpagore on May 14 reported its first annual net loss of S$212 million in its 48-year history, after COVID-19 crippled travel demand. This compares with a S$683 million profit in the previous year.

The group had announced in March that it would cut 96% of its capacity and ground 138 planes from SIA and SilkAir, out of a total fleet of 147. With the reinstated flights, SIA has cut about 94% of the passenger capacity originally scheduled for June and July, it said.

The Civil Aviation Authority of Singapore (CAAS) made an announcement last month that travelers will gradually be allowed to transit through Singapore’s Changi Airport from June 2 this year.

CAAS also said “stringent measures” will be in place at Changi Airport to ensure that transit passengers remain in designated facilities in the transit area and “do not mix with other passengers”.

Singapore Airlines said it will announce its plans for “these transfer lanes when they have been finalized” and until then “customers will not be able to transit through Changi Airport.”