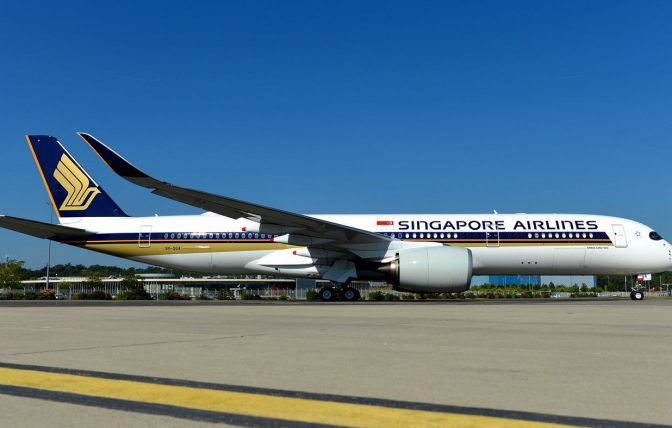 The aircraft is capable of flying for 20 hours without stop, and it is the first of the seven A350-900ULRs the carrier has on firm order with Airbus. Singapore Airlines is actually reviving the world’s longest scheduled flight after a gap of four years. It previously flew Flight 21, on the same route, from 2004 to 2013, using four-engine Airbus A340-500 aircraft. Due to the recession in 2008 and higher operating cost of the A340 aircraft, the direct flight was unprofitable and by 2013 it was scrapped.

Singapore Airlines operates the new Airbus A350ULR with no economy class seating and instead only features 67 business and 94 premium economy class seats. The ULR is a variant of the A350 that comes with additional features to make it suitable for the long-haul, non-stop flights.

It features a modified fuel system which is more economical and helps the plane carry 165,000 liters of fuel, an increase of 24,000 liters over the standard. It also comes with a number of aerodynamic enhancements, including extended winglets.

According to luxurylaunches, Singapore Airlines initially offered three flights in the first week on the route, increasing to daily from 18th October.