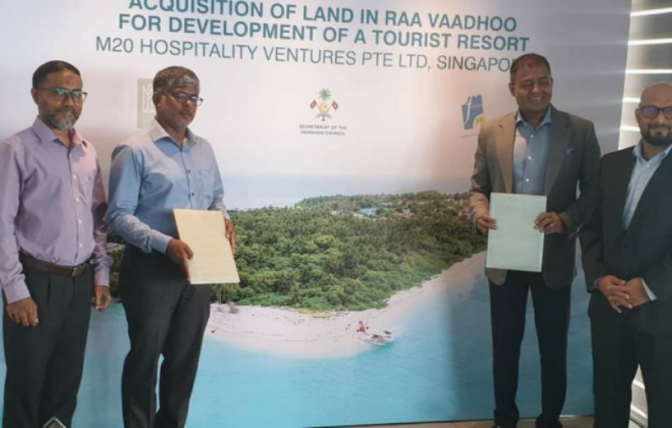 A Singaporean company, M20 Hospitality Ventures, has been given three hectares of land from R. Vaadhoo for the development of a four-star tourist resort.

The agreement was signed between Vaadhoo Council and M20 Hospitality Ventures in a ceremony held at Maagiri Hotel in Male’ City on Monday.

M20 Hospitality Ventures has provided assurance of the successful completion of the project. Once complete, the resort will have 25 beach villas and 25 garden villas.

Vaadhoo Island Council had initially signed the agreement for the project with a local company, Faalan Holdings in 2016. However, Faalan Holdings lost its investment due to pandemic-induced losses, and suggested that the lease be transferred to M20 Hospitality Ventures Pvt Ltd. The lease was amended as per the suggestion.