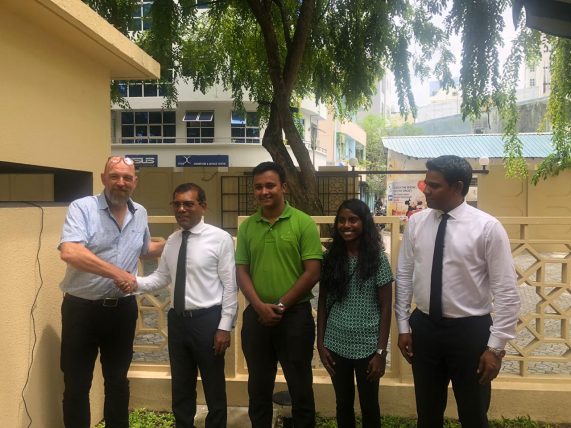 On 17th October, Soneva installed a set of state of the art mosquito traps in the garden of the People’s Majlis — a technology that kills mosquitoes without the need for fogging or spraying harmful insecticides.

Developed by scientists from the German company Biogents, and pioneered in the Maldives by Dutch mosquito scientist Bart Knols, the traps emit a combination of carbon dioxide and lactic acid, attracting mosquitoes and killing them in an environmentally friendly way.

Knols and Soneva’s integrated pest control manager, Akib Jahir, installed five traps in the People’s Majlis garden this morning, and also briefed Majlis Speaker Mohamed Nasheed and MPs on the new technology. The Majlis maintenance team was taught how to maintain the traps. Knols will return to the Majlis in February to assess how the traps are working. Members of Parliament have been complaining for some months that they are frequently bitten by mosquitoes when sitting in the garden. 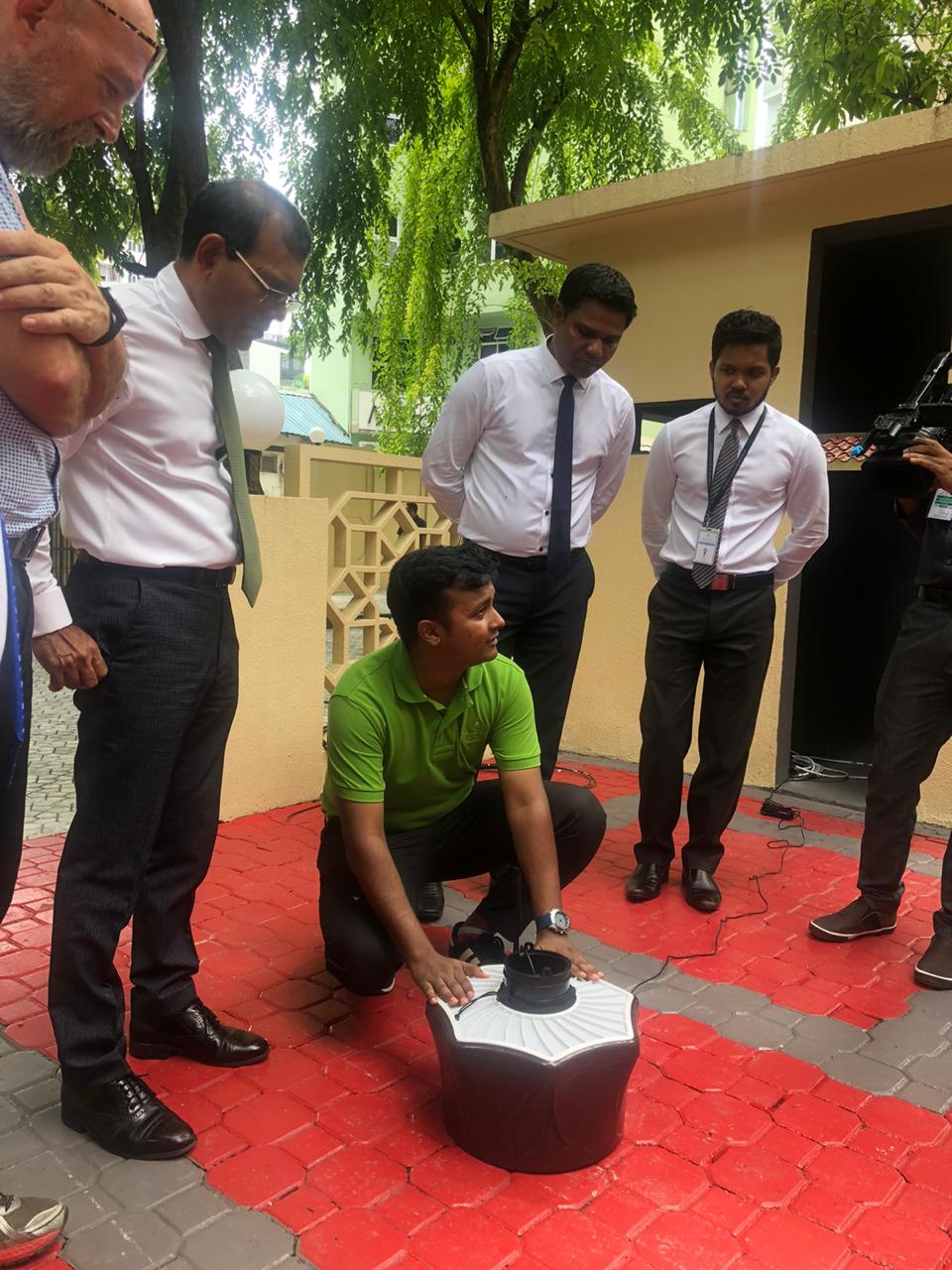 The mosquito trap technology has recently been rolled out across the Soneva Fushi resort in Baa atoll. Soneva Fushi is a large island, with lots of jungle. Years of spraying the mosquitoes with insecticide have resulted in the island’s mosquitoes becoming highly resistant to insecticides.

Four hundred and ninety-five traps have been installed across the island since June (see attached briefing note). The results of the project have been astounding — Soneva Fushi has witnessed a dramatic fall in the numbers of mosquitoes, with large parts of the island now practically mosquito-free.

Moreover, since the project started, Soneva Fushi has stopped spraying with chemical insecticides. This has resulted in a profusion of bumblebees, dragonflies and hawkmoths — at the same time as the mosquito population has collapsed.

Knols predicts that with the arrival of the dry season, Soneva Fushi will become virtually mosquito-free, in an eco-friendly and sustainable manner.