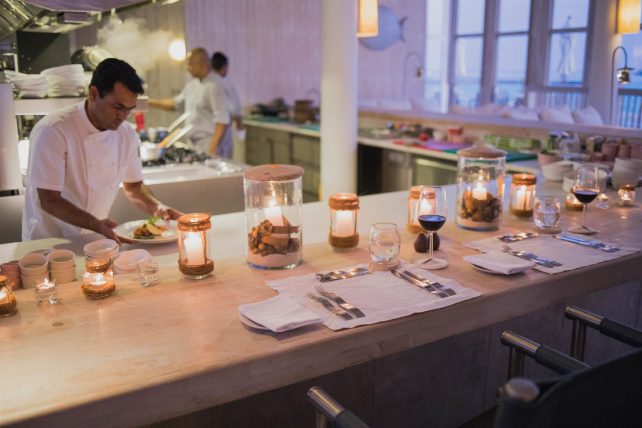 Premiering on July 16th and running until early December, the new Tastemakers film series will introduce the international line-up of skilled chefs and sommeliers who create culinary magic across Soneva Fushi, Soneva Jani as well as at Soneva Kiri in Thailand.

The film series will offer a rare glimpse into the behind-the-scenes of everyday life at the bustling kitchens of Soneva, as well as an insight into each Tastemakers’ personal journey, cooking style and adopted gastronomical philosophy.

What makes a Soneva dinner an experience that will be remembered for a lifetime? It is a combination of the passion of some of the world’s best chefs and sommeliers working hand-in-hand with expert gardeners, fishermen and suppliers who provide the finest and freshest ingredients available.

Each of the new Tastemakers films will be released every fortnight between July to December 2019 and will share stories of famous well-known chefs such as Chef Kenji, Chef David, Chef Okabe, Chef Jenefer and Chef Sobah.