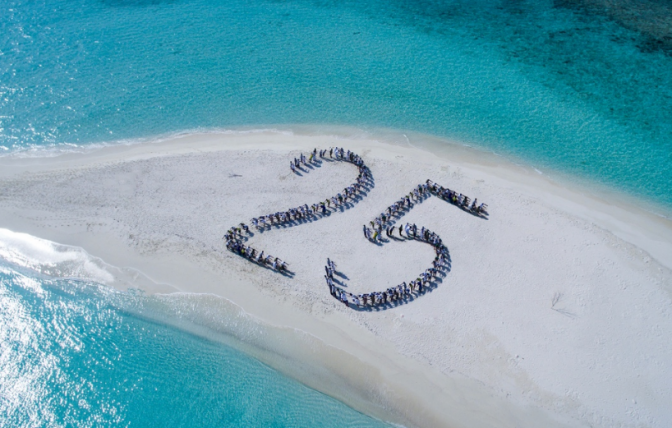 The popular resort chain Soneva celebrates its 25th anniversary! On this day 25 years ago, the opening of Soneva Fushi created a whole new concept in the Maldives, called “Intelligent Luxury”.

Soneva was founded by Sonu Shivdasani and Eva Malmström Shivdasani in 1995. In 2012, the Shivdasanis sold the Six Senses and Evason branded resort and spa management contracts, as well as the 30 spas under the Six Senses brand; as part of their “One Owner, One Operator, One Philosophy” strategy under Soneva.