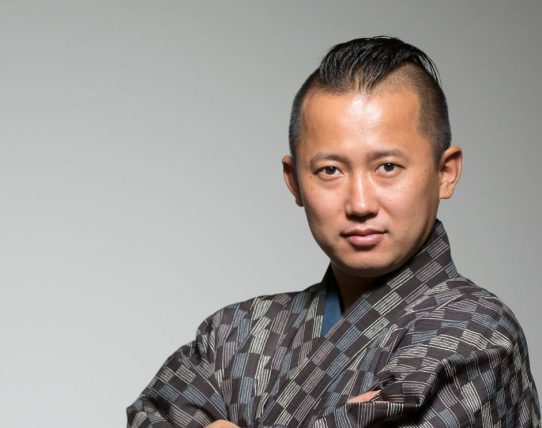 A third-generation sushi master, Chef Kenji Gyoten’s entire life has been interwoven with the art of sushi – he even took some of his first steps in his grandfather’s kitchen. One of Soneva’s most-anticipated guest chefs, Chef Gyoten will be returning to Soneva Fushi and Soneva Kiri four times over the next 12 months.

Renowned for his mastery of the ancient art of hontaegashi, an intricate and precise hand-flipping technique that dates back centuries, Chef Gyoten is Japan’s youngest Michelin-starred sushi chef, and one of only four Japanese chefs to have been awarded three Michelin stars. Following the practice of omakase, where a chef foregoes a menu and relies on his own intuition to choose for the guest, Chef Gyoten deftly handcrafts each individual piece of sushi, finding the perfect balance between the acidic rice and the chosen topping.

Kenji’s restaurant in Fukuoka, Sushi Gyoten, currently has a waiting list of 12 months. For those who love fine Japanese cuisine, this is a rare opportunity to beat the queues and sample his creations surrounded by the natural paradise of Soneva.