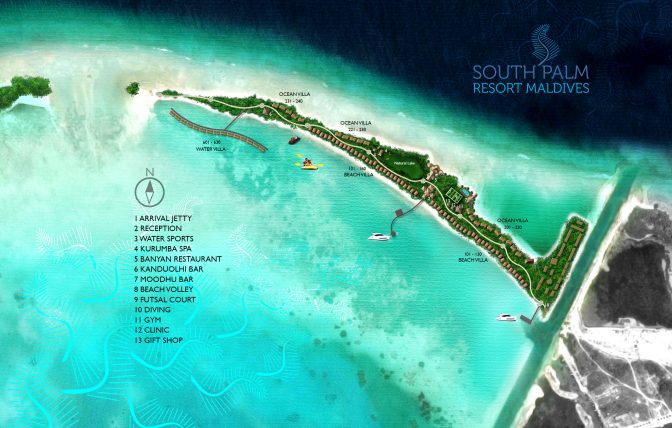 An open day is being held in order to recruit employees for the opening of South Palm Resort Maldives. Open days are to be held in Addu Atoll Hulhumeedhoo and Hithadhoo on the 29th and 30th of March respectively. The event is scheduled to be held in Fuvahmulah City on the 1st of April 2019. 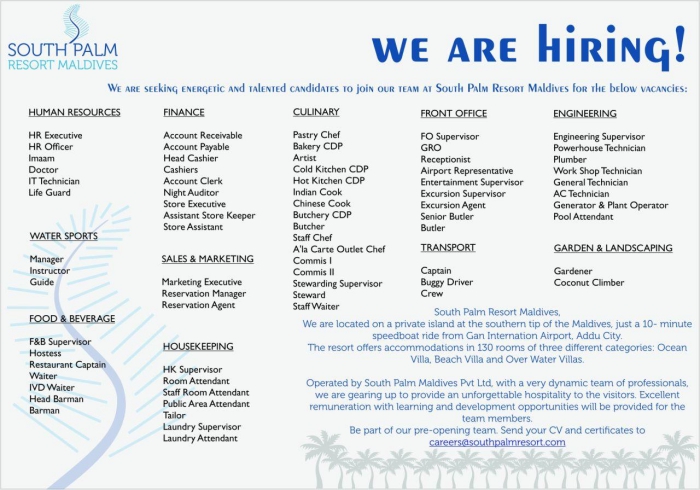 Around 700 employees are to be recruited for the positions as per the management of South Palm Resort Maldives. Several opportunities are available in Human Resources, Finance, Procurement, Sales, Engineering, Marketing, Culinary, Water Sports and Transports departments.