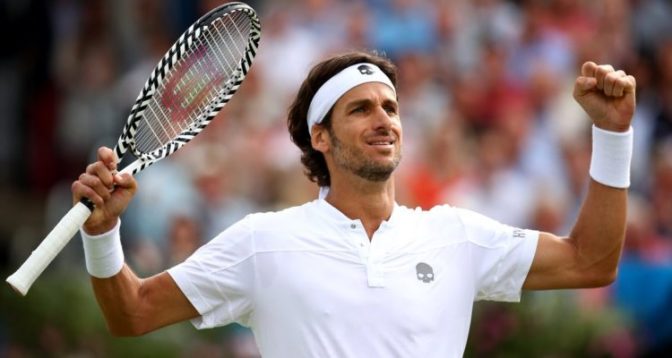 Spanish tennis star Feliciano López on honeymoon at the Maldives

Spanish tennis player Feliciano López is on honeymoon at the best honeymoon destination in the world, the Maldives.

Feliciano López is a Spanish professional tennis player on the ATP Tour. He was born in Toledo and now lives in the Spanish capital, Madrid. López achieved his career-high singles ranking of world No. 12 in March 2015.

In 2005, he was the first male Spanish tennis player to reach the quarter-finals of Wimbledon since 1972, when Manuel Orantes reached the semi-finals. He repeated the feat in 2008 and 2011. López defeated Tim Henman at the 2007 Wimbledon second round in what would be Henman’s last Wimbledon match. Throughout his career, he has played in the most five-set matches that have gone beyond 6–6 in the post-tiebreak era, his longest fifth set being 16–14 at the 2009 Australian Open against Gilles Müller. He reached the quarter-finals of the US Open in 2015 and won his first Grand Slam title at the 2016 French Open when he won the men’s doubles title with Marc López. In 2017 at the age of 35, López won the Aegon Championship at The Queen’s Club, London, beating Marin Čilić in a third set tiebreak. During the 2018 Wimbledon Championships, López made his 66th consecutive Grand Slam main draw appearance, surpassing the previous record of 65 consecutive appearances held by Roger Federer. As of the 2019 US Open, his record stands at 71.

López recently married Sandra Gago and is currently at the Maldives for their honeymoon. However, the couple have not revealed which resort they are staying at in the Maldives.