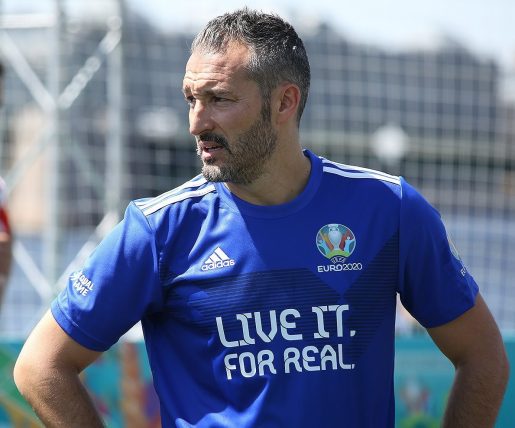 Former Italian football player Gianluca Zambrotta has been spotted in the Maldives.

Gianluca Zambrotta is a footballer played as a full-back or as a winger. Throughout his career, Zambrotta played for several different Italian clubs. He began his career with local club Como in 1994 and gained prominence while playing for Bari, which earned him a transfer to Juventus in 1999. During his seven seasons with the club, he won two consecutive Serie A and Supercoppa Italiana titles in 2002 and 2003, also reaching the 2003 UEFA Champions League final. He also later spent two relatively unsuccessful seasons with Barcelona between 2006 and 2008, where he won the 2006 Supercopa de España, before returning to Italy to play for Milan, where he won his third Serie A and Supercoppa Italiana titles in 2011. He ended his career after a season with Swiss club Chiasso in 2014, whom he later went on to coach.

At an international level, Zambrotta won 98 caps for the Italy national team, playing at three FIFA World Cups, three UEFA European Championship, the 2009 FIFA Confederations Cup and the 2000 Summer Olympics. He was part of their side that reached the Euro 2000 final, and he was also selected to the Euro 2004 Team of the Tournament. He was most notably a key member of the starting lineup of the Italian squad that won the 2006 World Cup, and he was selected in the Team of the Tournament for his performances.