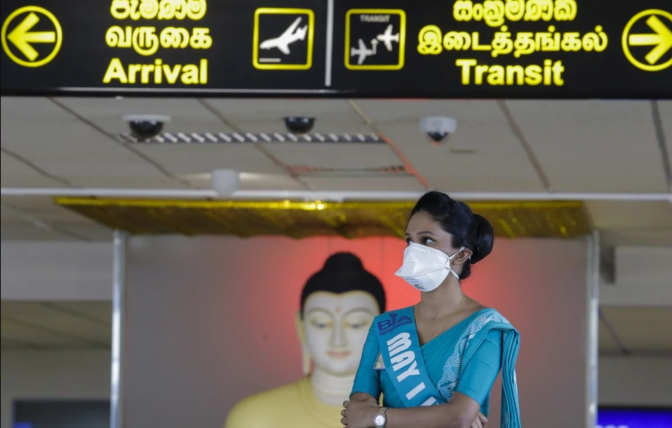 Sri Lankan government has suspended granting of on-arrival visa for Chinese travelers after a Chinese tourist was confirmed positive of Coronavirus Monday evening.

“The health ministry is taking swift action to bring the situation under control,” Sri Lanka’s Health Promotion Bureau announced in a Facebook post.

Media reports say the patient is a Chinese woman in her 40s. She arrived in Sri Lanka on Jan. 19.

The entry to Colombo international airport’s arrival and departure terminals had been restricted to passengers only as a precautionary measure. A separate exit gate for travelers from China have already been set up.

Health officials have advised hotels where the Chinese national stayed to take steps for preventing the spread of virus. At least four more patients with respiratory difficulties have been referred to the Infectious disease hospital and are under observation.