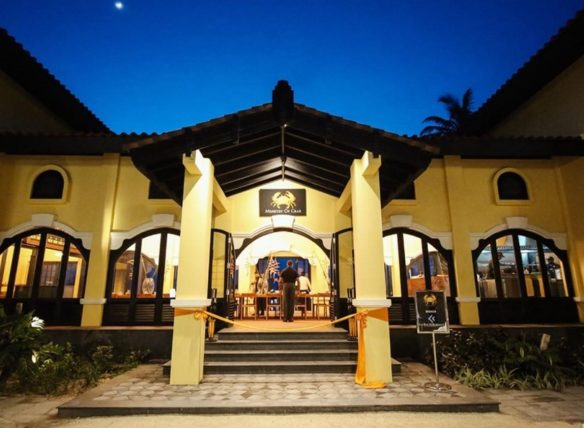 International outpost of Ministry of Crab opens at Crossroads Maldives

The franchise outlet was officially inaugurated by the World Gourmand Award winner and India’s first-ever city restaurant guide, Rashmi Uday Singh at a special ceremony held at the Marina@Crossroads.

Dharshan Munidasa, one of the three partners of the franchise stated during the opening ceremony, “We have always dreamed of opening an outlet of Ministry of Crab in the Maldives and it was made possible due to the support and opportunity given by Crossroads.”

“With 48 seatings, all the dishes at the outlet will be prepared using fresh catch from the sea and will be the first restaurant to serve such dishes.”

Dharshan further stated that they plan on opening two more restaurants in the Maldives.

Ministry of Crab was launched first in 2011 in Sri Lanka and has the clear distinction of being one of the first in the country dedicated to serving the freshest export quality lagoon crabs. The franchise currently has outlets in Mumbai, India, Shanghai, China and Manila, Philippines. Plans are underway to open their fifth outlet in Bangkok, Thailand this year.