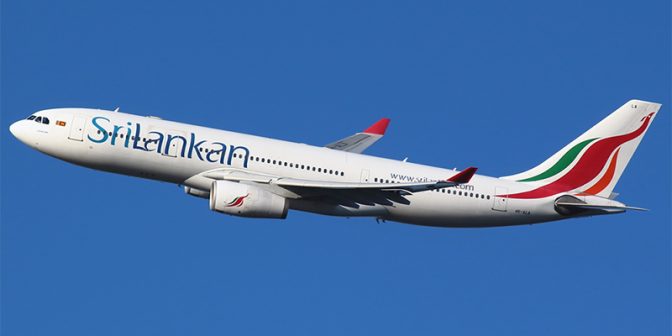 The National Carrier of Sri Lanka and a member of the Oneworld alliance, reaffirming the success of its marketing communication endeavors, concludes the year with seven global awards. The Airline’s communication focus that signifies its ambassadorial role of taking Sri Lanka to the world through a global dialect, has been well received by the public and the passengers and was recognized by the communication experts and members of juries across major travel and tourism award ceremonies worldwide.

The Airline’s purple patch started at ITB Berlin earlier this year, where it won three coveted awards at the Golden City Gate Awards, beating over 148 submissions by 32 countries. The three awards included a First Star award in the ‘Airlines- corporate’ category for its product video, another ‘First Star’ for its India Outbound video in the TV Cinema spot category and a ‘Third Star’ award in the same category for its Melbourne Marathon video 2018. This was the third consecutive time that SriLankan Airlines was applauded at this podium and the second consecutive time that the Airline managed to bag three awards.

Following the Easter Sunday tragedy that created a massive negative impact on the country’s tourism industry, SriLankan Airlines steered a passenger interaction initiative at its home base, Bandaranaike International Airport coinciding with the cultural festival Vesak. Tourist arrivals continued to dwindle and the travel advisories aggravated the situation even though the country’s security was reinstated and Sri Lanka was once again ready to welcome the world.

As a Sri Lankan entity that has a strong global voice, it was vital that SriLankan Airlines took this message to the world. As such, the underlying thematic relevance of loving-kindness, generosity, and joy of sharing, quintessentially attributed to Vesak, was the ideal backdrop to reach out to the passengers who were arriving, departing and transiting at BIA barely a month after the tragedy. The campaign involved a range of activities that emphasized the message of peace through spiritual songs, intricate decorations, offering refreshments, thanking people for visiting Sri Lanka, and much more. A special choir of airline employees ranging from pilots to cabin crew, aircraft engineers, administrative staff, auditors and aircraft interior cleaning crews were trained by some of the country’s top musicians to entertain travelers.

The campaign proved to be an overwhelming success, reaching an audience of 7.6 million people with 1.2 million engagements via live streaming over YouTube and Facebook, which went on to win the ‘Best Marketing Innovation’ award from the Airline Passenger Experience Association (APEX), beating Qatar Airways and Virgin Atlantic that were the other shortlisted nominees in the category.

PATA Awards 2019 was another global platform where SriLankan Airlines was applauded after a break of 12 years. The Airline’s marketing campaign that marked the commencement of operations between Melbourne and Colombo titled ‘Two Cities, One Spirit’ received a gold award in the category ‘Marketing- Carrier.’

“Two Cities, One spirit” stems from a place of honoring and celebrating the kinship between Melbourne and Sri Lanka. This was aimed to appeal to the Sri Lankan Diaspora in Melbourne and the Australians who are attracted to adventure on the island. The creative executions were inspired by idiosyncrasies that exist in both Sri Lankan and Australian cultures, expressed through visuals that celebrate the similar vivacity and passion deeply rooted in food, art, adventure, surfing and the iconic wildlife that are inherent to both destinations.

The use of location pin as a stylistic element widely recognized by the contemporary traveler was aimed to emphasize on the non-stop connectivity (the point-to-point quality) and that the connections can be extended to an onward destination across the Airline’s network. This was used when promoting key feeder markets to Melbourne via Colombo, such as the Middle East and India.

SriLankan Airlines also went down in the history as one of the title sponsors of the historic Melbourne Marathon, as it became Australia’s largest-ever Marathon this year attracting a total of 37, 185 athletes, whilst SriLankan Airlines’ Half Marathon event recorded a yet another sellout.

The Airline conveys its heartfelt gratitude to the creative agencies, global partners and supporters for their unwavering support and encouragement extended for its marketing endeavors. The loyalty and the patronage of its valued passengers are always cherished by the Airline, which has been its greatest source of strength in the face of adversity and challenges. SriLankan Airlines will continue to explore innovative avenues to make the passenger journey even more memorable.

SriLankan Airlines looks forward to continuing its award-winning stint in the year 2020, reaching out to more of the world with the message of the country’s multi-faceted beauty and the inherent characteristics that have shaped the core of its award-winning service.