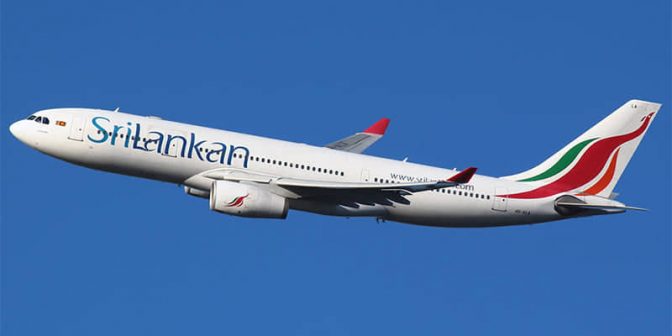 SriLankan Airlines, the National Carrier of Sri Lanka and a member of the Oneworld alliance, won the prestigious ‘World’s Leading Airline to the Indian Ocean’ title once again at the Grand Final Gala Ceremony of World Travel Awards, in Lisbon, Portugal recently.

Congratulating SriLankan Airlines, World Travel Awards Founder Graham Cooke said: “SriLankan Airlines has demonstrated a relentless drive to improve its services and I am delighted that it has been acknowledged by both the travel trade and the public by being voted ‘World’s Leading Airline to the Indian Ocean.”

SriLankan Airlines’ Senior Manager Marketing Saminda Perera said: “This award highlights our efforts to establish a consolidated presence in the Indian Ocean region. Our expansion efforts have been consistent and in line with market demands. Whilst increasing frequencies to popular destinations based on passenger demands, we have constantly endeavored to upgrade our product in order to provide an unmatchable travel experience. Our global connectivity across key regions has invariably made us a choice of travel to and from the Indian Subcontinent via our Colombo hub.”

The award proves SriLankan’s presence in the South Asian region, strongly supported by its connectivity of 119 flights a week to 13 Indian cities (including seasonal operations to Bodh Gaya and Varanasi). The Airline also operates to other popular cities such as Dhaka, Karachi, and Lahore.

The Maldives has been Sri Lanka’s extended home market with its connectivity to Male of 21 flights a week, facilitating leisure-seekers from its extensive network of Middle East, Europe, the Far East, and Australia. SriLankan also became the first Airline to connect Gan Island of South Maldives with the world, thus becoming the only airline that operates out of two points in the Maldives.

World Travel Awards, celebrating 25th anniversary this year, was established in 1993 to acknowledge, reward and celebrate excellence across all key sectors of the travel, tourism and hospitality industries. Today, the World Travel Awards brand is recognized globally as the ultimate hallmark of industry excellence.