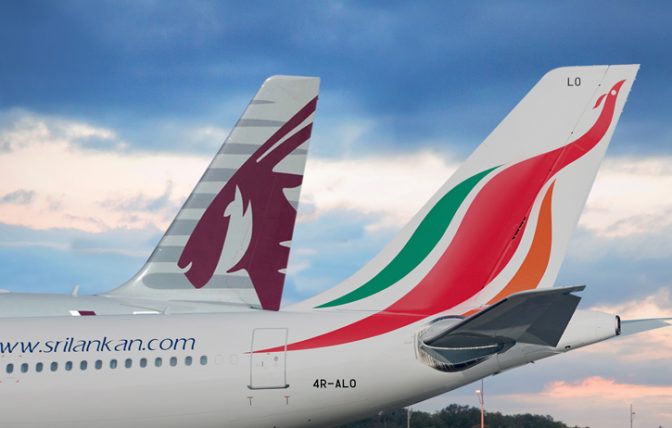 SriLankan Airlines is strengthening its presence in the U.S. and European markets through the expansion of its existing codeshare agreement with Qatar Airways, with additional connections to serve various cities in these regions.

SriLankan Airlines Group Chief Executive Officer Vipula Gunatilleka said: “The expansion of our partnership with Qatar Airways is an important element in SriLankan’s ongoing initiatives to provide seamless connectivity for our valued passengers across a wide range of destinations, apart from increasing the number of cities that we ourselves fly to.”

This is the second phase of recent expansion of the codeshare agreement between the two airlines, which are both members of the Oneworld global airline alliance that connects passengers to over a thousand cities in more than 180 countries and territories through 13 member airlines.

Phase 1 was completed in the last quarter of 2019 and added a large number of destinations to the networks of both airlines.

With the addition of Houston, Dallas-Fort Worth and Boston as codeshare destinations, SriLankan’s route network will span 116 cities in 51 countries.