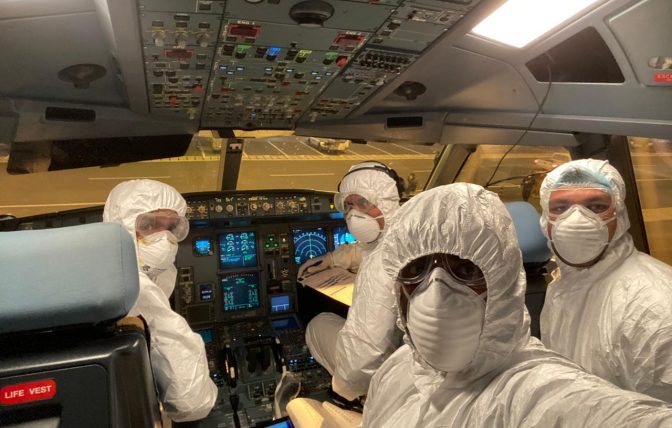 SriLankan Airlines has expressed its profound gratitude to its patriotic and loyal 16-member crew who volunteered to operate Flight UL1423, the airline’s mission of mercy that brought back Sri Lankan students from Wuhan, China, on Saturday 1st February 2020.

The mission of mercy was carried out on the instruction of President Gotabaya Rajapaksa.

Flight UL1423 landed at Mattala Rajapaksa International Airport shortly after dawn following its extremely long turnaround flight from Colombo to Wuhan and back and the students were handed over to the care of health authorities and other relevant institutions,including the armed forces,for necessary procedures. 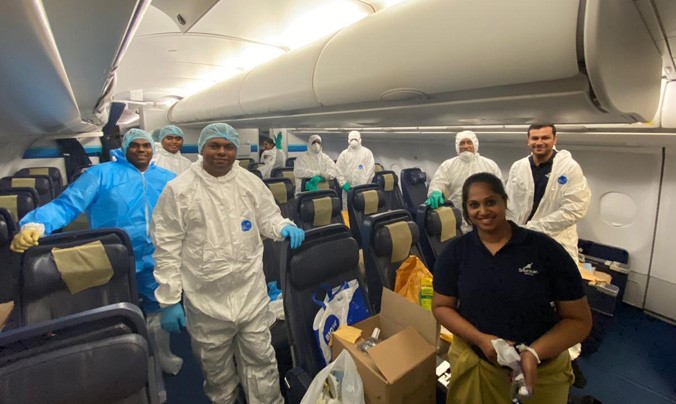 “The Board of Directors and indeed every employee of SriLankan Airlines are extremely proud of the selfless efforts of our 16 crew members who volunteered to fly into Wuhan, which is currently under a lockdown,” SriLankan Chairman Ashok Pathiragae said in a statement.

SriLankan Airlines flies to several cities in China and has a station in Canton.

“Our thanks also to all of our support staff including the Ground Handling staff who handled the passengers of this flight in Mattala and the passengers and cargo of all flights from China on a daily basis at Bandaranaike International Airport, Commercial team, Flight Operations, Inflight Service, Medical Centre, Canton station staff, and Engineering.”

The National Carrier worked in close co-operation with the Sri Lanka Air Force which sent its Bio Medical Team to Mattala and provided SriLankan with all the equipment needed to make this mission a success.

Sri Lanka is one of a handful of countries that had been cleared by China to fly rescue flights to Wuhan.

The US, UK, Japan and Korea had also flown out their citizens. Several other countries are awaiting permission to fly to Wuhan.