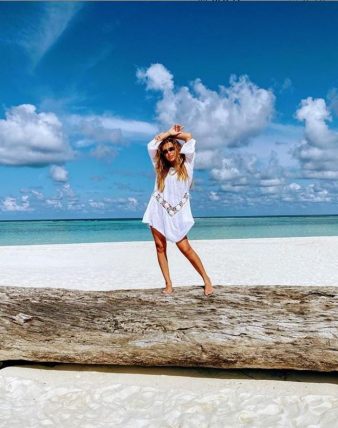 Brown is an English actress who rose to prominence for her role as Eleven in the Netflix science fiction-horror series Stranger Things, for which she received Primetime Emmy Award nominations for Outstanding Supporting Actress in a Drama Series. At age 13, she became one of the youngest nominees in Emmy history. Her film debut came in 2019 with the monster film Godzilla: King of the Monsters.

She shared snaps of her vacation on her Instagram and stated that she is having the time of her life at both Soneva properties, Soneva Fushi and Soneva Jani Maldives.