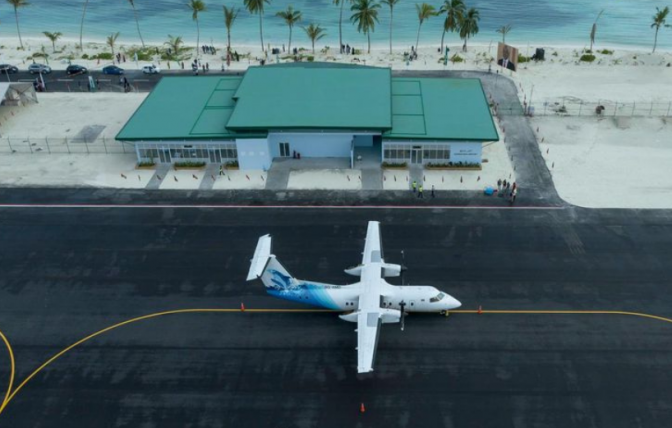 Test flights have been conducted earlier today to the newly developed airport by MTCC in H. A. Hoarafushi.

The national flag carrier, Maldivian landed an aircraft at the airport today for the test flights. Hoarafushi airport is currently under final preparations for its scheduled grand opening tomorrow.

Maldives Transport and Contracting Company (MTCC) was contracted in early 2019, by the Ministry of Transport and Civil Aviation for the development of the airport. The project included a runway measuring 1,200 meters and an apron measuring 8,635 square meters.

In order to develop the airport, 842,000 cubic metres of land was reclaimed. The airport was initially planned to be built in Maafinolhu of the same atoll by the previous administration.