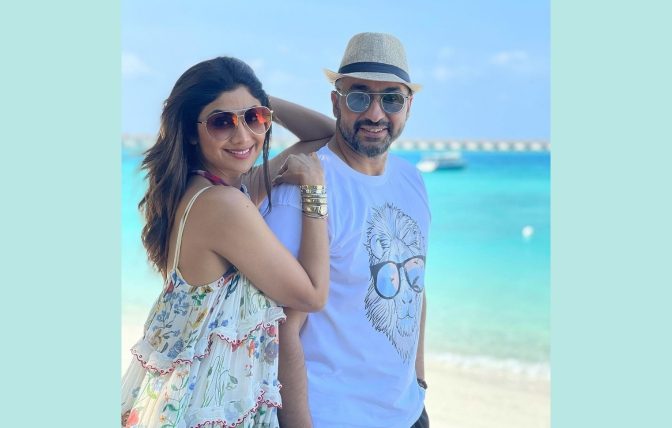 Indian actress Shilpa Shetty and husband Raj Kundra are having a blast on their holiday in Maldives. They are enjoying their vacation from earlier this week at Seaside Finolhu.

Shilpa Shetty Kundra is an Indian actress, film producer, dancer, author, businesswoman and a former model. Shetty made her screen debut in the thriller Baazigar which garnered her two Filmfare Awards nominations, including one for Best Supporting Actress.

Shilpa married Indian businessman Raj Kundra on 22 November 2009. They are parents to two kids – son Viaan and daughter Samisha, whom they welcomed in 2020. They recently celebrated her first birthday.

In terms of work, Shilpa is making her comeback to films after a gap of 13 years with Sabbir Khan’s Nikamma. She will also be seen in Hungama 2, co-starring Paresh Rawal, Meezaan Jaffrey and Pranitha Subhash.

Shilpa and her husband Raj love to vacation at Maldives. Last week, the actress posted a throwback picture from her last trip to Maldives that she took in 2018 and shared how much she was missing the beach.

Both of them are now making new memories in the Maldives and filling up Instagram with glimpses of their vacation at Seaside Finolhu.

Located in the UNESCO world biosphere of Baa Atoll, Seaside Finolhu is the ultimate island experience for chic couples, fun-loving families and gatherings of friends alike. Finolhu’s 125 villas come on the ocean, the lagoon or by the beach, with or without pool in either one or two bedroom options and can be reached by seaplane in just 30 minutes from Malé International Airport or by a 15 minute flight to Dharavandhoo Domestic Airport in Baa Atoll followed by a short 20 minute speedboat ride.