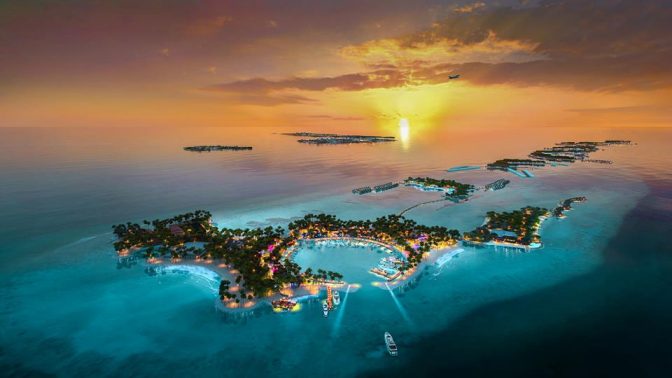 With tourist arrivals to the Maldives hitting the one million mark in August, the island nation is witnessing the most flourishing first six months of a year since 2001. The official launching of CROSSROADS, the largest integrated leisure and entertainment destination, is believed to be the country’s strategic attraction site that will open up a new market segment of both local and international travellers.

The development of the megaproject CROSSROADS is manoeuvred by Singha Estate Public Company Limited, Thailand’s leading real estate developer. The total project value is at approximately USD 131 million; it will boast a total of 376 rooms, and provide at least 1,000 job opportunities for local islanders during Phase 1 of the project. The location at Emboodhoo Lagoon is a mere 15-minute speedboat ride from Velena International Airport and Malé capital city. Since its buoyant groundbreaking ceremony on July 2017, the project has embarked on an exciting voyage. Now after two years, CROSSROADS is finally ready to open their door on its two of the nine islands. 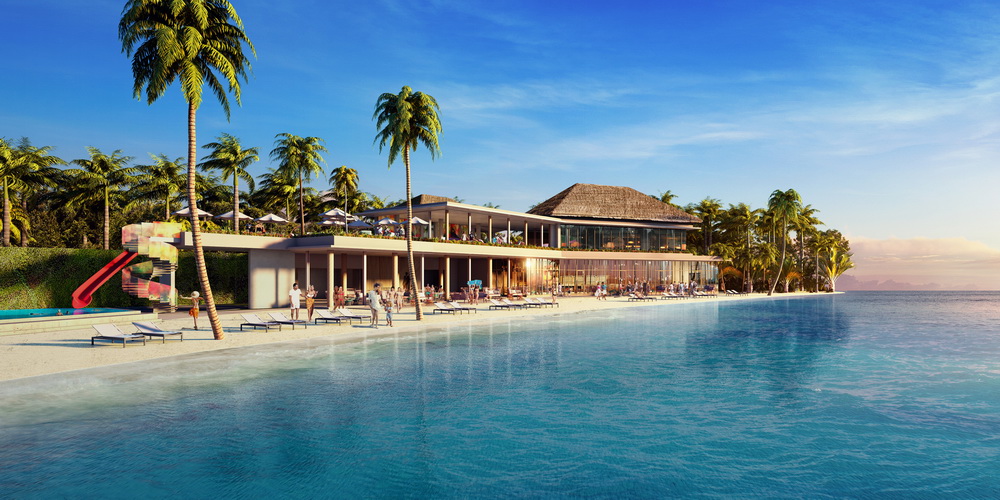 The first island is home to the vibrant lifestyle district and heart of the megaproject, Marina at CROSSROADS – an 11,000 sqm., retail and entertainment space. Due to its proximity to the city, the attraction serves to inspire the meeting of cultures between locals and visitors, very much the same way the country had done in the past, catering to a variety of lifestyle inclinations including luxury shopping, fine dining, a state-of-the-art event hall, and PADI-certified watersports and dive centre. A transit hotel, SAii Lagoon Maldives, a Curio Collection by Hilton, targets short-term visitors who can utilise the facilities in the town centre during their stopover for connecting flights. The sustainable development aspect of the project can be seen through the efforts made at Maldives Discovery Centre, an interactive educational-centre-cum-museum that promotes environmental conservation and Maldivian local arts and crafts. Another is Marine Discovery Centre, one of the region’s most advanced marine life laboratories, that hosts biologists who carry out research and longitudinal studies on sea-life and coral propagation through a Junior Coral Curator programme and a clownfish release initiative that span within the area of 64,000 square meters.

Crafted under the tagline “CROSSROADS: Where Cultures Meet”, Bensley Design, the world-renowned architecture studio, honours the Maldives’ historical greatness as a crossroads of ancient maritime trade routes between the East and the West. The creation of Marina at CROSSROADS is a glorious marriage of old-world French designs, traditional Arabian themes, and design concepts from Portugal, China, and Britain. 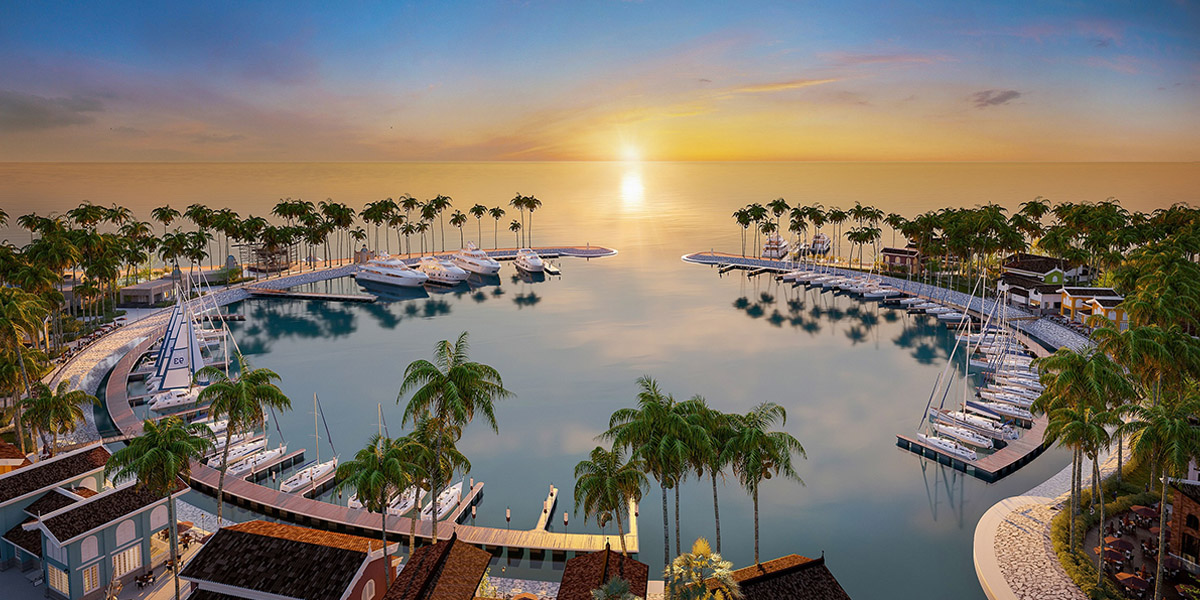 At the official opening ceremony, CROSSROADS executive team was honoured by the presence of His Excellency Faisal Naseem, Vice President of the Republic of Maldives. The ceremony celebrated the rich history and the prestigious nature of the island nation through various captivating performances including one by “Mariyam”, a short documentary screening of “The Making of CROSSROADS Maldives” by History Channel, light and sound, and international aerial silk show.

H.E. Faisal Naseem, said, “The tourism sector in the Maldives has been the key national income generator that is strongly supported by our government. The growing number of foreign investments are expected to help create more job opportunities for our people and drive the growth of our country. We believe that the official opening of CROSSROADS with the lifestyle district and two international hotels will help bring us closer to the 1.5 million of tourist arrival target set for the year 2019.”

CROSSROADS is committing to Singha Estate’s mission of “building big, protecting the small” to create a harmonious co-existence by celebrating the lives of those living on the surface and honouring the safety of those that live below. During the construction, there were no concrete mixing and no plastering. Singha Estate has commissioned all of the projects’ megastructures to be made in Thailand before being shipped to the Maldives in giant container vessels to avoid harming coral reefs and sea-life. Successively, CROSSROADS will be home to the Eight New Wonders of the Maldives consisted of the coral village, iconic tuna sculptures, sunset point, and
Emboodhoo canyon, for instance.

Mr Chutinant Bhirombhakdi, Chairman, Singha Estate Public Company Limited, said, “With CROSSROADS, we are making history. The project has been an exciting and challenging venture to plan and implement for all parties involved: Thai, Maldivian, and international. And today officially marks our first outstanding achievement. By being the largest integrated leisure and entertainment destination in the Maldives, CROSSROADS will help maintain the notable and continuously rising tourism markets such as China, India, and the Middle East, and attract new market segments of family and locals to the Maldives. CROSSROADS is going to redefine vacation experience in the Maldives and the entire Indian Ocean region while also being deeply sustainable and considerate of its environment, history, and culture.”