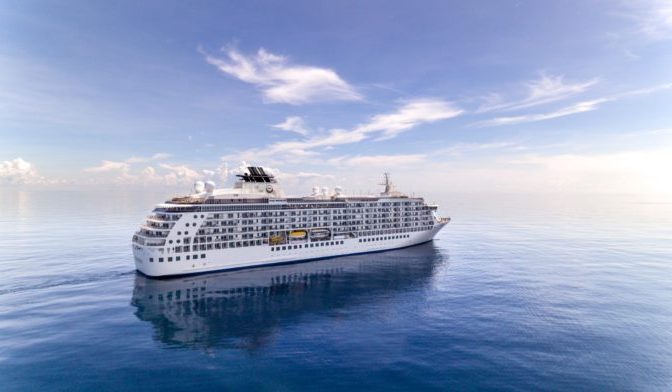 The World makes its way to Maldives

The World which has been dubbed as the largest private residential ship on the planet according to Aborad the World, has arrived in Maldives. The World is home to only 165 Residences. Residents. It is 644 feet long with 12 decks containing high-end apartments, restaurants, shops and boutiques, a spa and so many more. The World is unusual in comparison with other cruise ships as it spends most of its time in ports rather than out at sea.

The World was launched in 2002 and has currently visited around 900 ports in 140 countries. It was built with careful detail and has exquisite features wherever you look at. Lalique Chandeliers, a wine cellar filled with well-aged delicious wine and etc. It was built to cater every need, for those with the means to afford life in this luxury yacht.

There are some who live full time on the ship by purchasing an apartment from the condominium and some who rent out an apartment for a couple days while enjoying the relaxing atmosphere of the yacht. Even though this yacht currently boasts the fact that it is the largest cruise ship in the world, there is a ship under construction in South Korea by the name of Utopia, which is even more grand than The World. Once it officially opens, The title will then be passed along to Utopia.