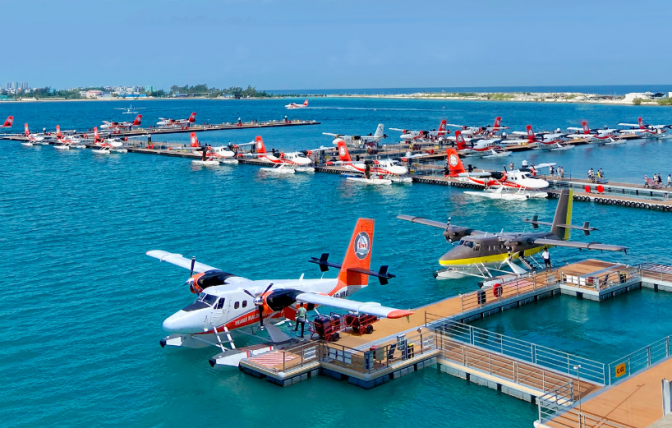 TMA Defends Its Position as the World’s Leading Seaplane Operator

Aishath Alaa Abdul Hannan, Deputy Manager of Business Development and Corporate Strategy for TMA, accepted the award on behalf of the organization. This is the eighth time that TMA has won this prestigious award, and the sixth time in a row.

Trans Maldivian Airways (TMA) – the world’s largest seaplane operator, with a fleet of almost 60 twin otter aircraft, offers travel to the remotest and unspoiled archipelagos of the Maldives.

The Maldives have held the World’s Leading Destination accolade from the WTA for the past three years. Additionally, MMPRC was granted the distinguished title of World’s Leading Tourist Board for 2022. This is the first time MMPRC has been awarded this distinction.