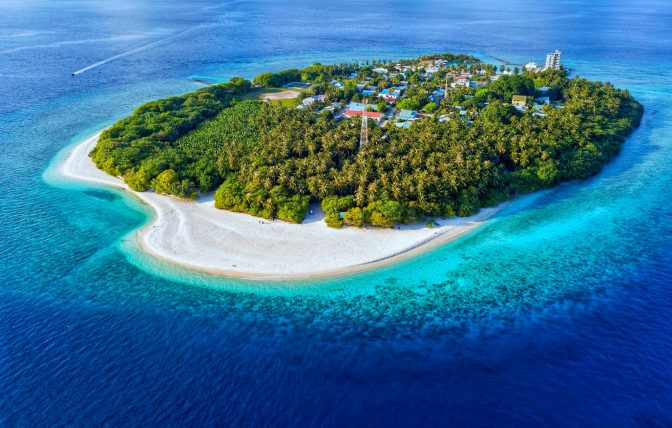 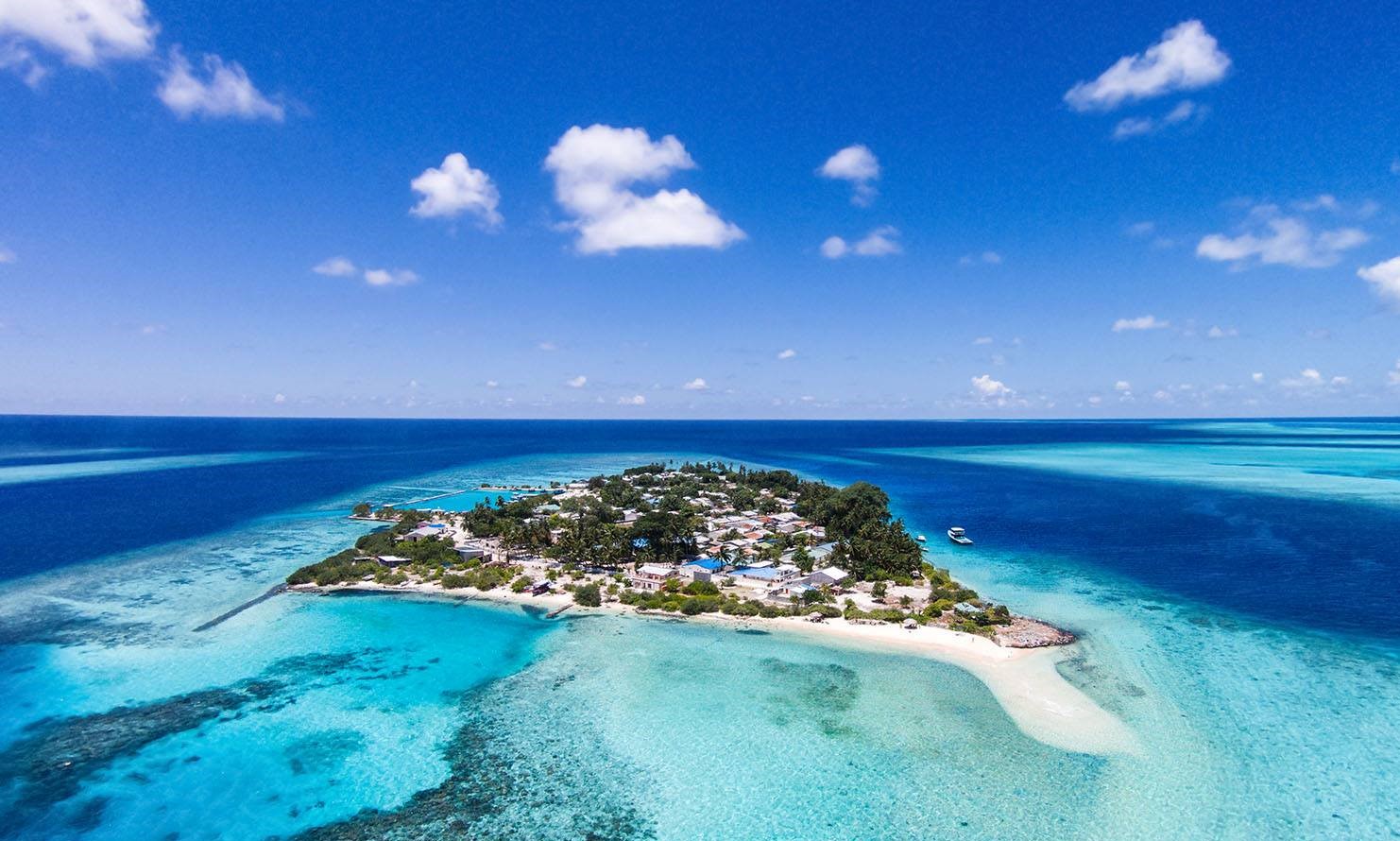 Located in Vaavu atoll , the island is popular for those looking to spend their holidays on fishing excursions out in the open sea. So expect to find several guesthouses that cater specifically to this group of tourists. However, the island also offers the usual water sports and other excursions you’d expect from a Maldivian island. Professional divers will also find a lot to like about this island as there are several fully equipped dive centers located in Keyodhoo. 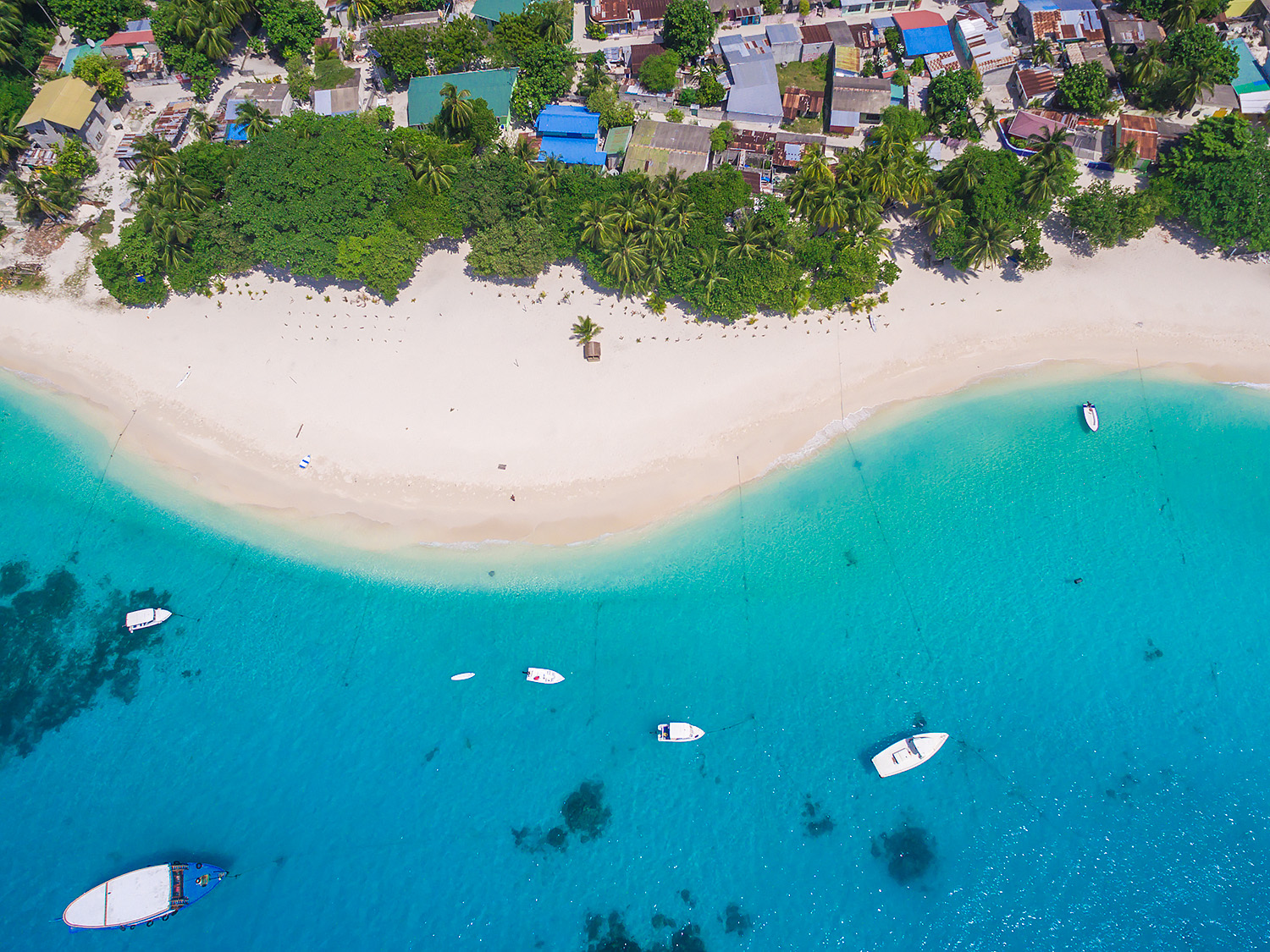 The guesthouses in Fulidhoo offers everything that the resorts of the Maldives is famous for but at a much more affordable price. The island is surrounded by a large white sandy beach and the diversity of marine life you’ll meet even during a short snorkeling excursion in the surrounding turquoise lagoon is mind-bending! 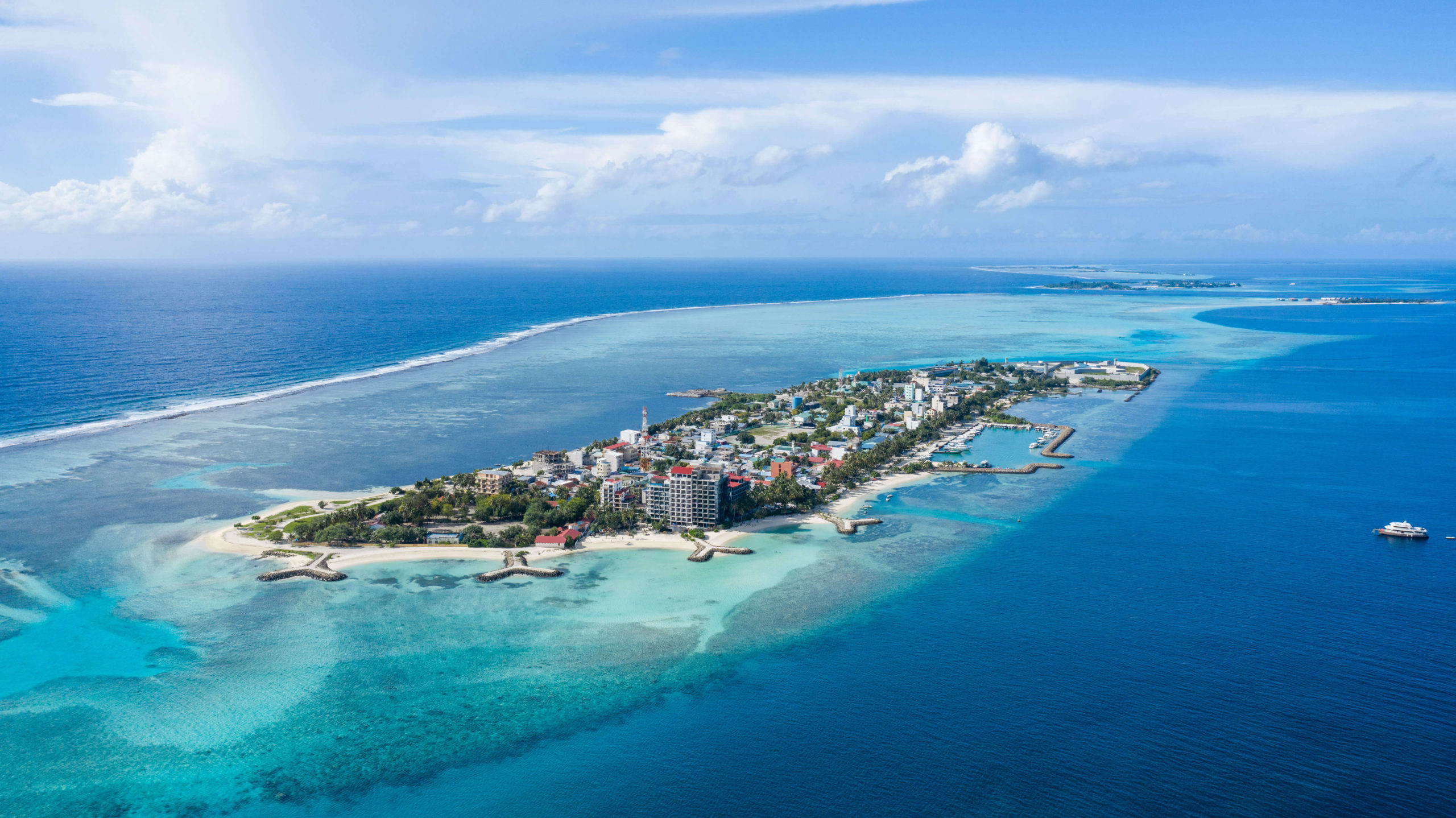 The birthplace of the guesthouse industry in the Maldives, Kaafu Atoll Maafushi is about 45 minutes away from Male’ via speedboat and now boasts over a dozen beautiful guesthouses and offers guests an assortment of activities and facilities that would rival any Maldivian resort. 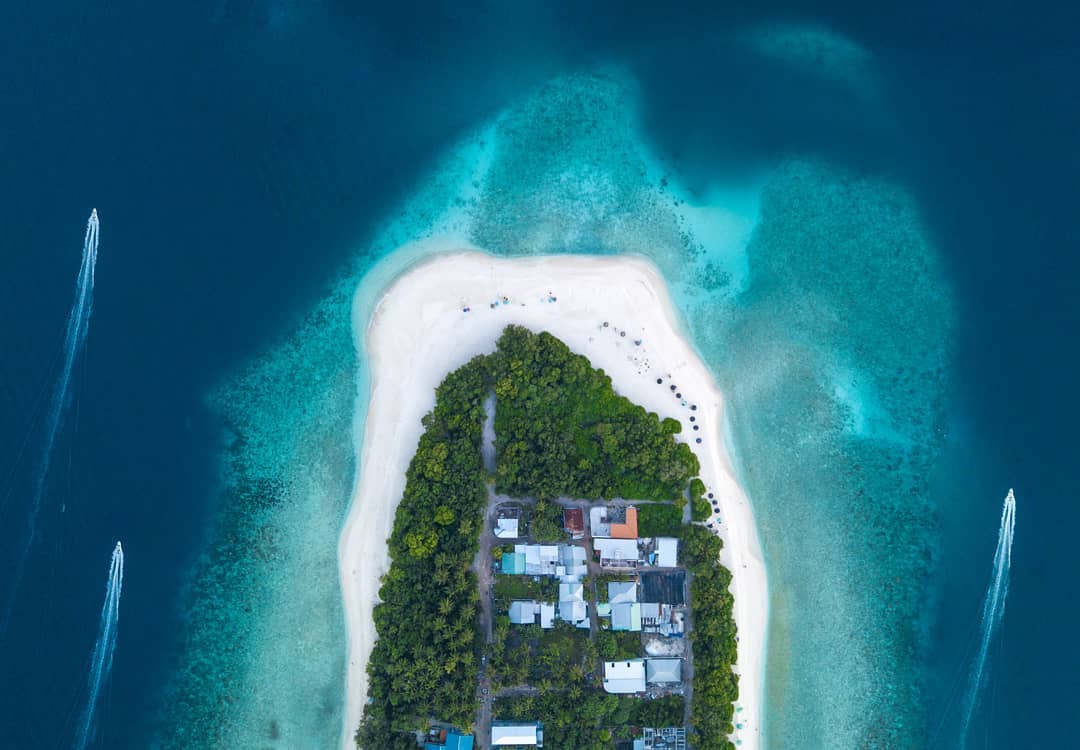 Located in Alif Alif Atoll close to the most northern boundary, Ukulhas is an oval-shaped island famed for its cleanliness and well -maintained waste management system. The island was awarded the ‘Green Leaf Award’ in the year 2014 and has been recognized as an environmental role-model island in Maldives. 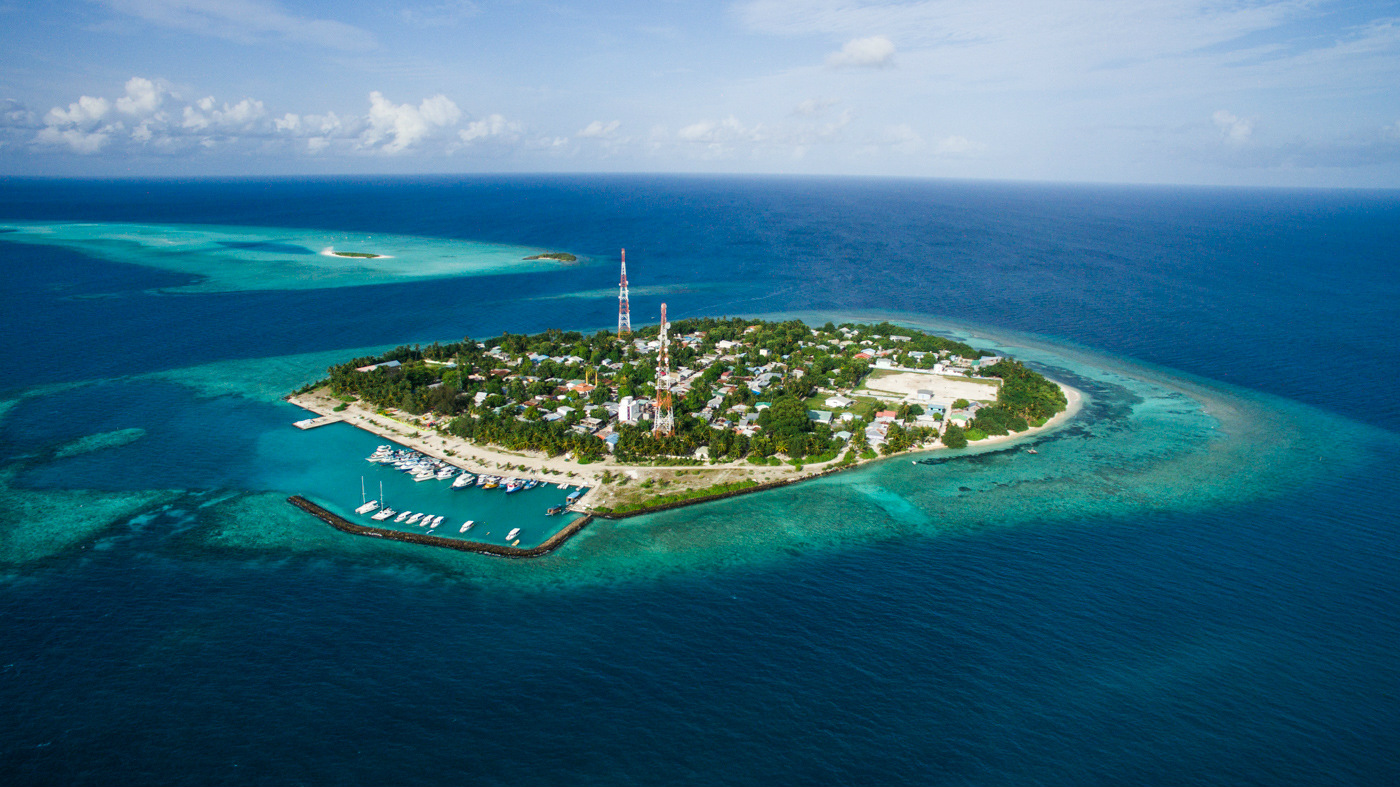 Located in Alif Alif Atoll, Rasdhoo is the capital island of the administrative division and has many guesthouses with
varying degrees of comfort and amenities available. The island is very popular with divers due to its close proximity to several famous dive sites. Honeymooners and couples will also love the picnic island and sandbank excursions. 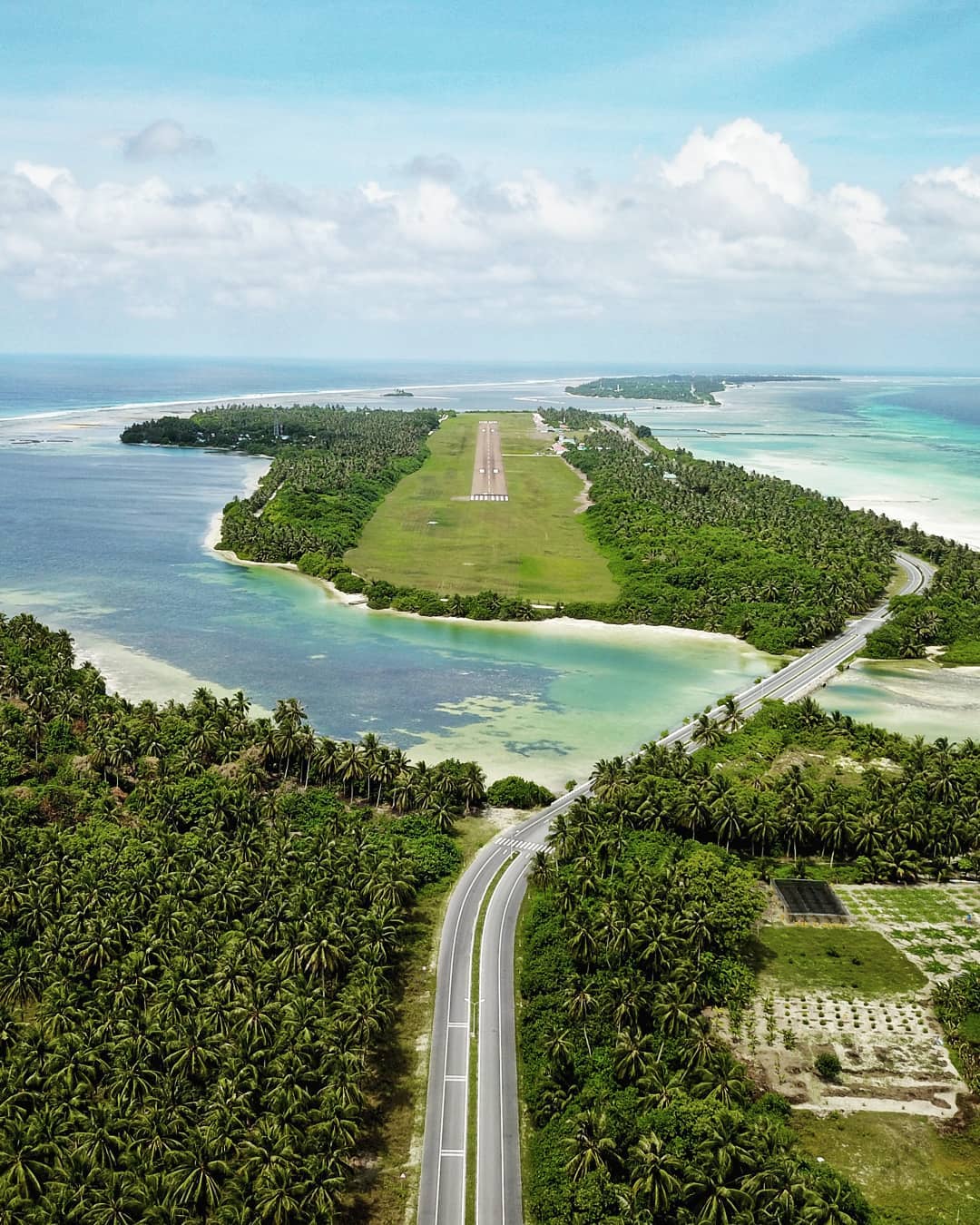 Gan is the longest island of the Maldives. It is divided in wards, the northernmost of which is called Thundi in middle Mathimadhu and at the end Mukurimagu. The four islands Gan, Maandhoo, Kadhdhoo and Fonadhoo which are linked with causeways stretches up to about 18 kilometers in length making up the longest lengthen of dry land in the Maldives. 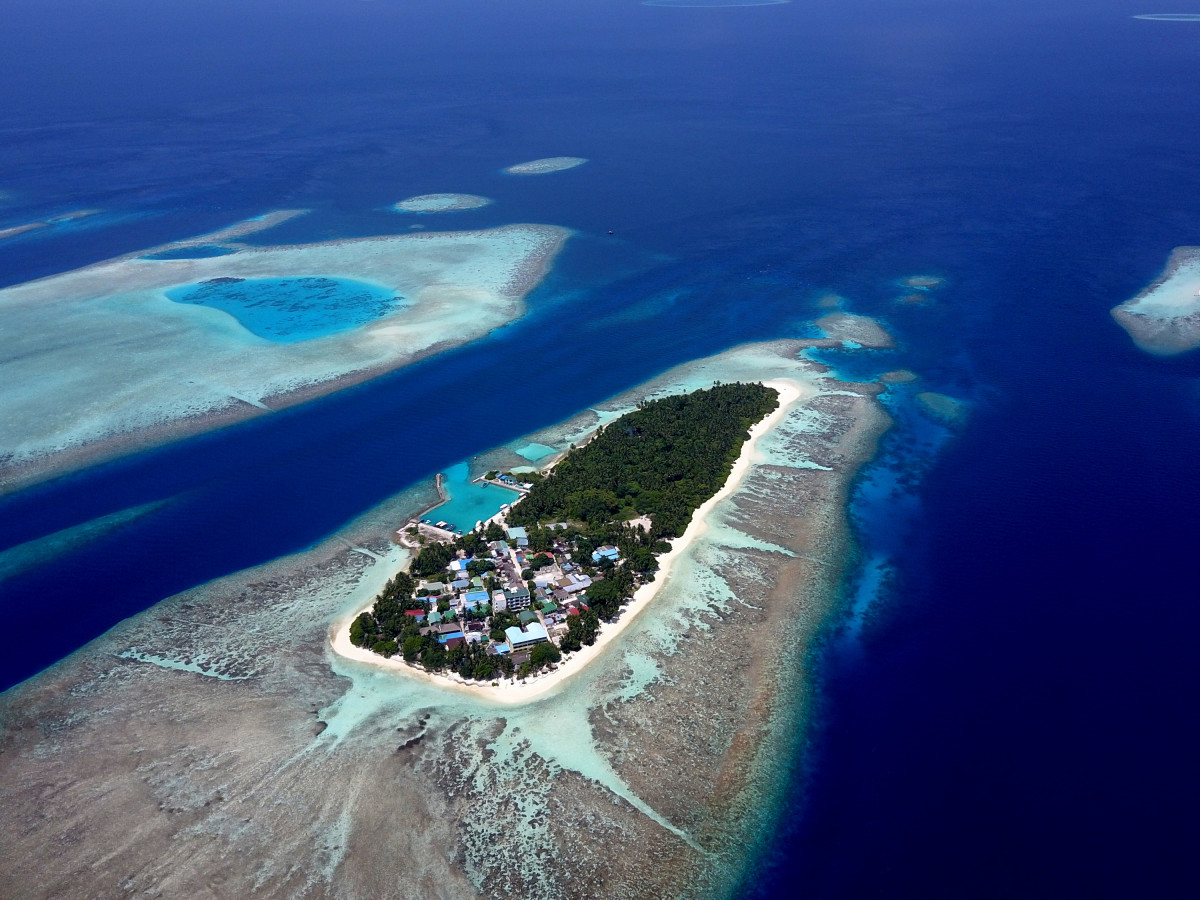 Thinadhoo in Vaavu atoll is a beautiful island surrounded by sandy beaches and a lush house reef. Referred to as
“Mas Thinadhoo” (Fish Thinadhoo) in ancient times due to the fantastic amount of marine life that call the island’s lagoon home, Thinadhoo is now a favorite spot for recreational fishing, snorkelling, and scuba diving. 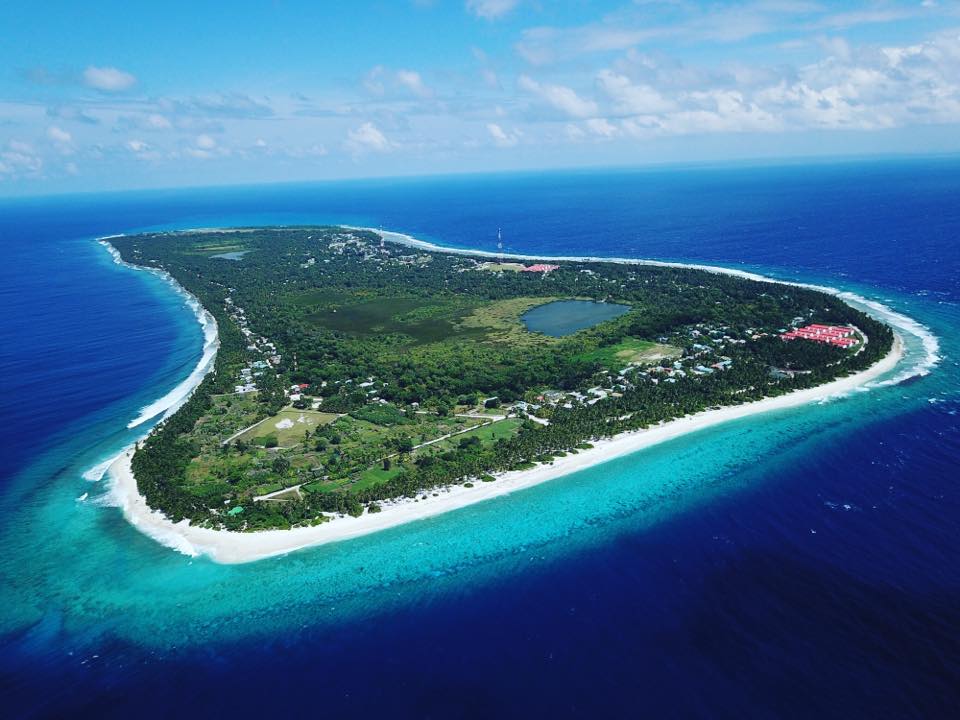 One of the most famous islands in Maldives for its beauty and historical importance, Fuvahmulah is the second nearest atoll to the Equator and the first atoll in the Southern Hemisphere. Being a one-island atoll itself , Fuvahmulah has many distinctive features which make the island unique. 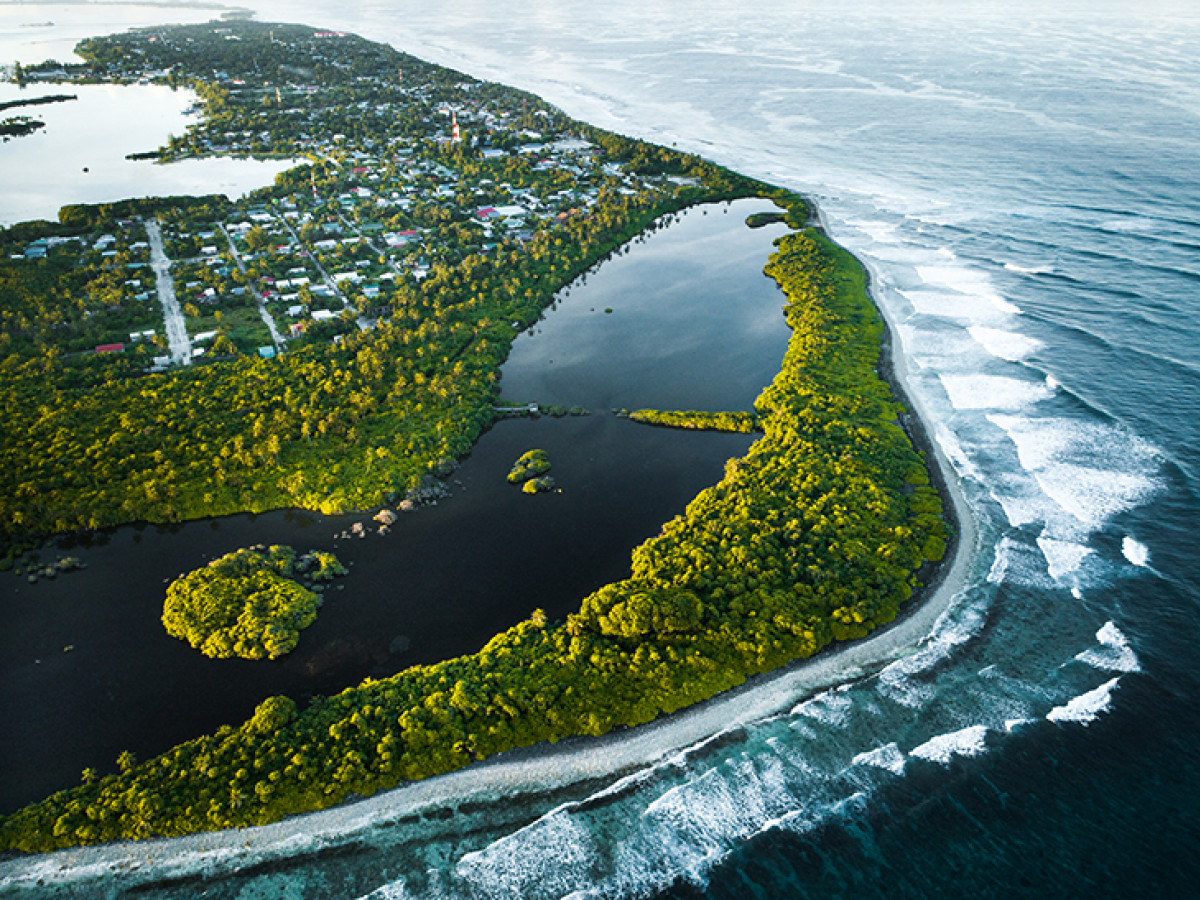 Addu city is the second-largest urban area in Maldives in terms of population and Hithadhoo is largest island among the several connected islands . Addu City has several guesthouses that offer a variety of services and unique attractions to visit . Addu nature part is must place to visit in Addu city . 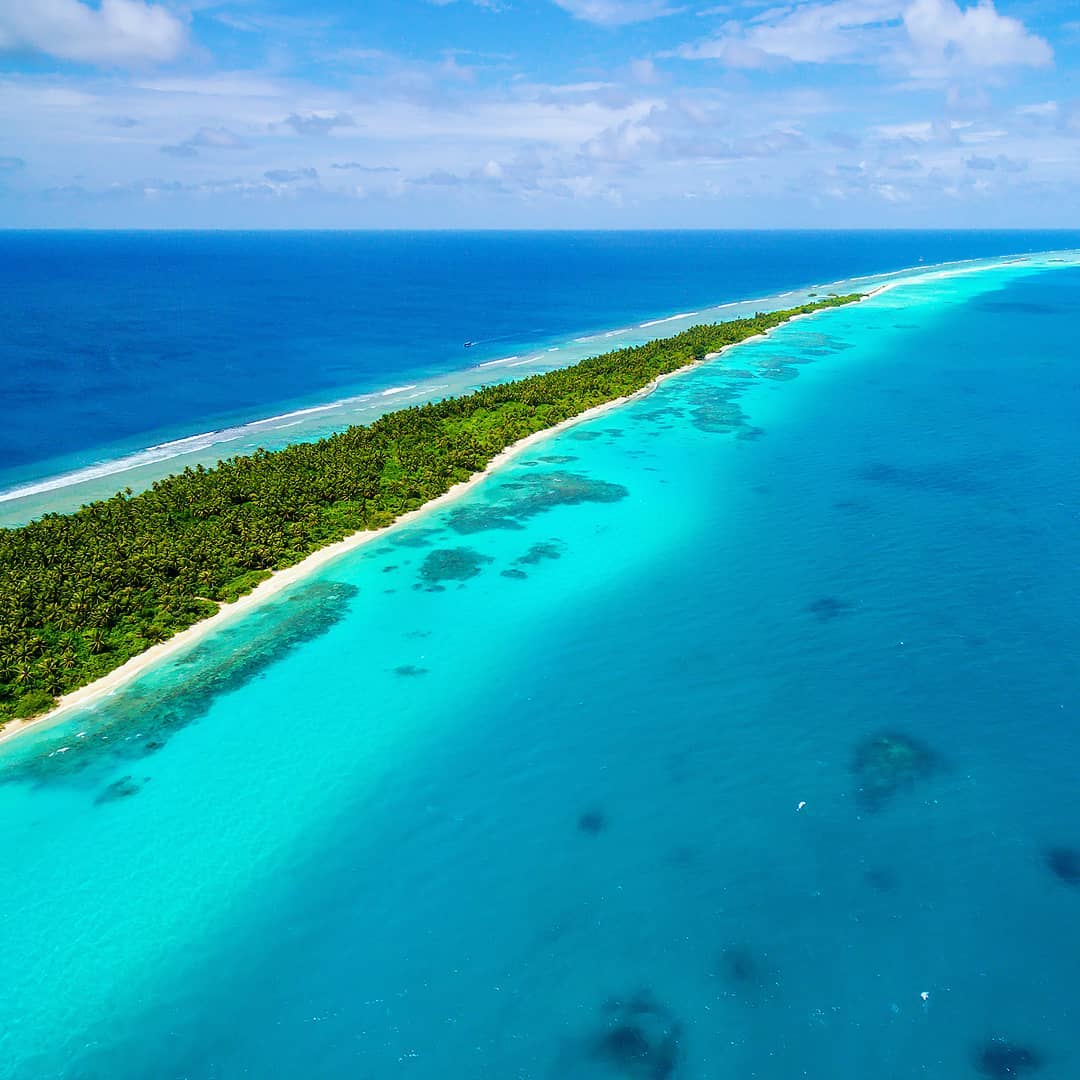 Dhigurah, (meaning long island) is in Alifu Dhaal atoll, about 20 minutes by plane from the capital, Male’. The island is narrow but 3 km in length which is considered to be a reasonably long island in the Maldives. With more than 3 km of natural white sandy beach, it is also considered to be a beautiful inhabited island. 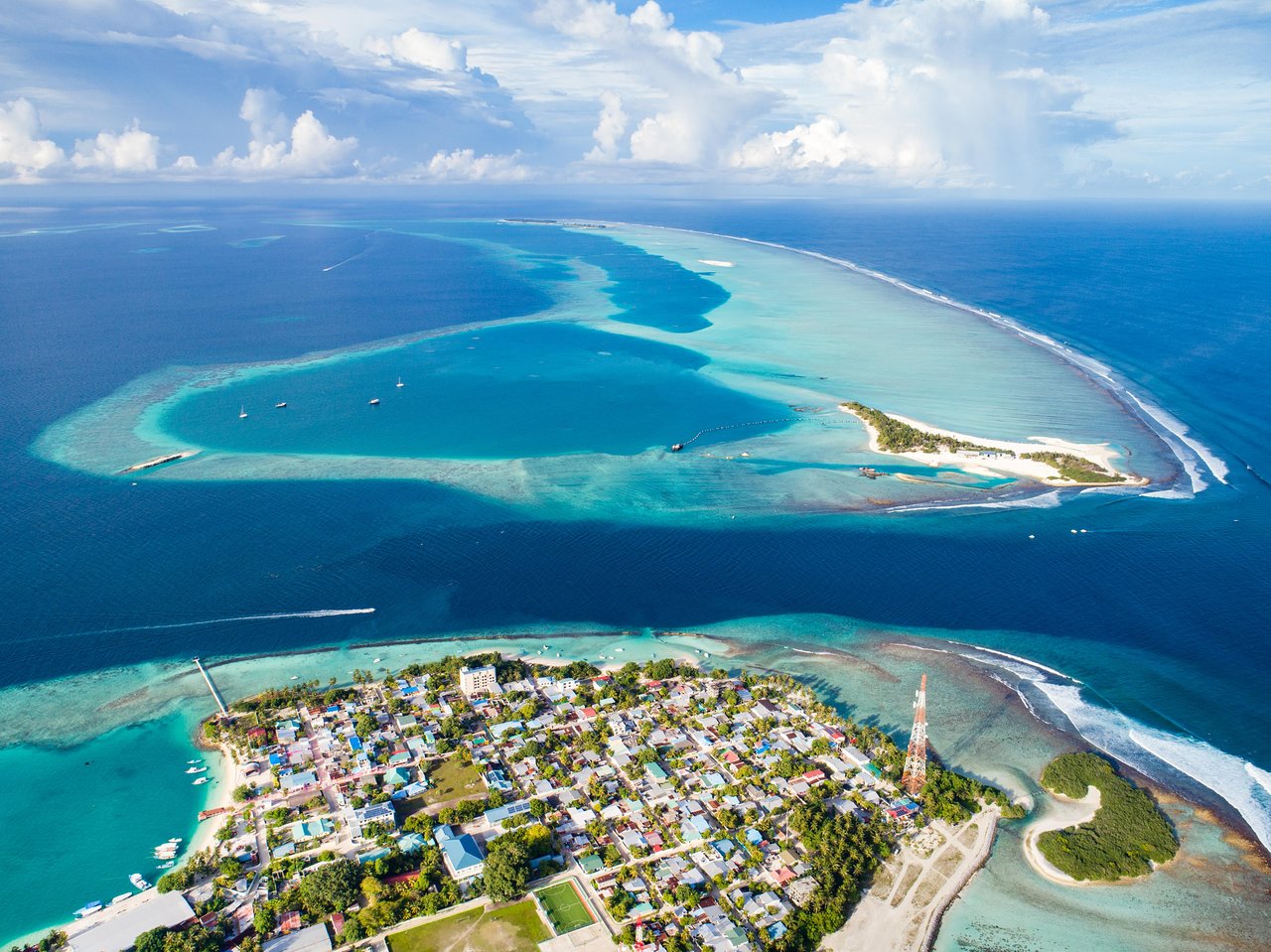 Thulusdhoo is the capital of Kaafu Atoll, located just 28 km north of Male. The island is popular for among wave surfers. Famous surf points Chickens & Cokes are two world-class surf spots near the island. There several guesthouses and water sports centers available in the island. 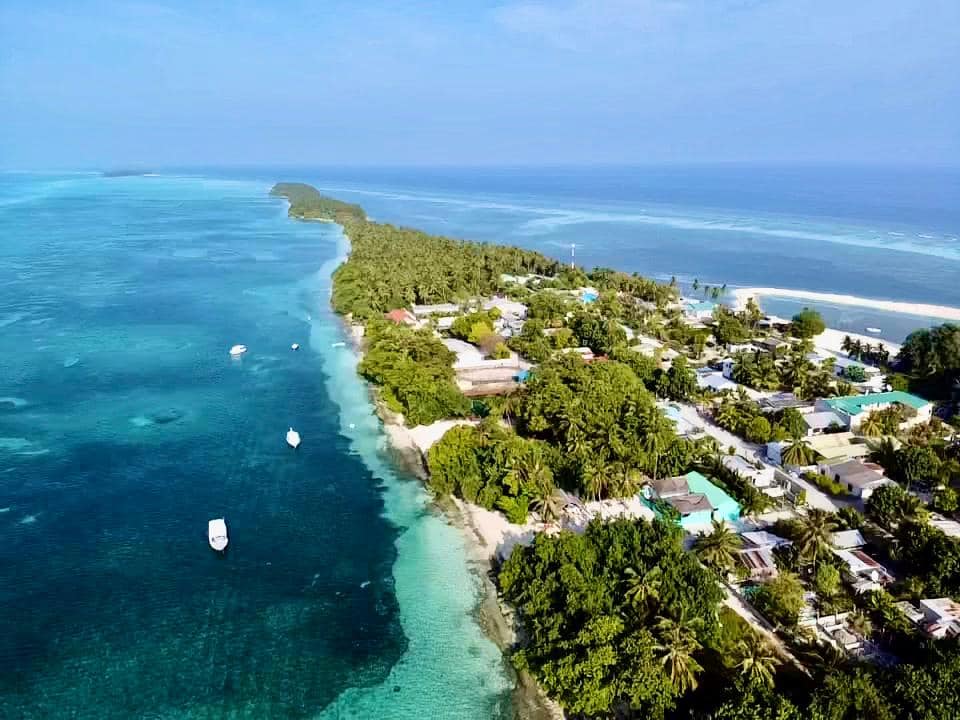 Fehendhoo is one of the least populated islands in Baa Atoll of Maldives. This makes it perfect for travellers looking for quiet comfort while enjoying the beauty of Maldives.  The island is famous for its huge stretch of beach, the house reef and a small picnic island about fifty meters away from the pier that is perfect for romantic getaways. 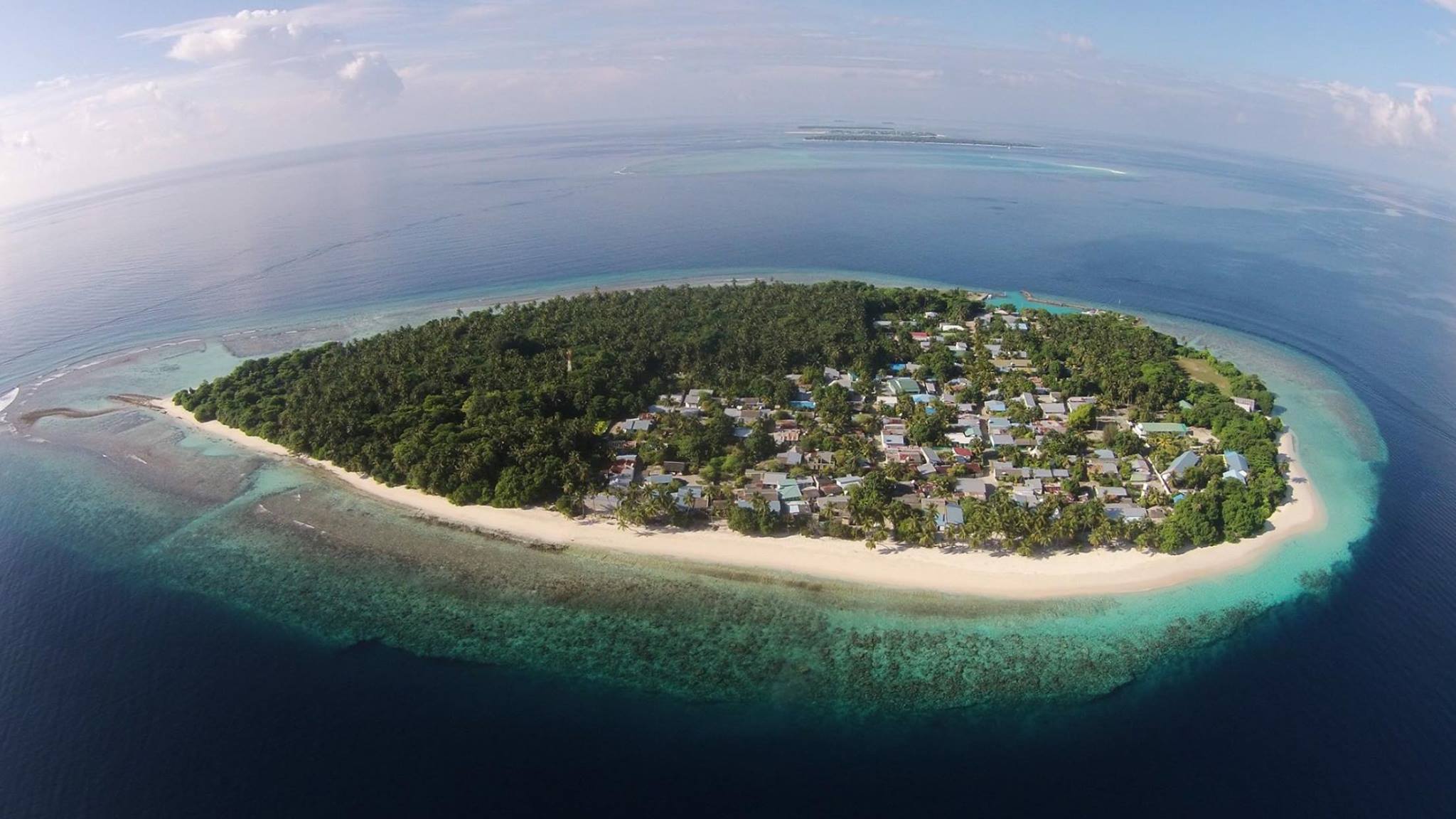 Located in Baa atoll, a protected biosphere reserve, the island is most notable for the rich cultural and traditional activities still practiced in the island. Maalhos is popular even among locals as a must-visit island during holidays as a lot of cultural events are organized by the residents every year. 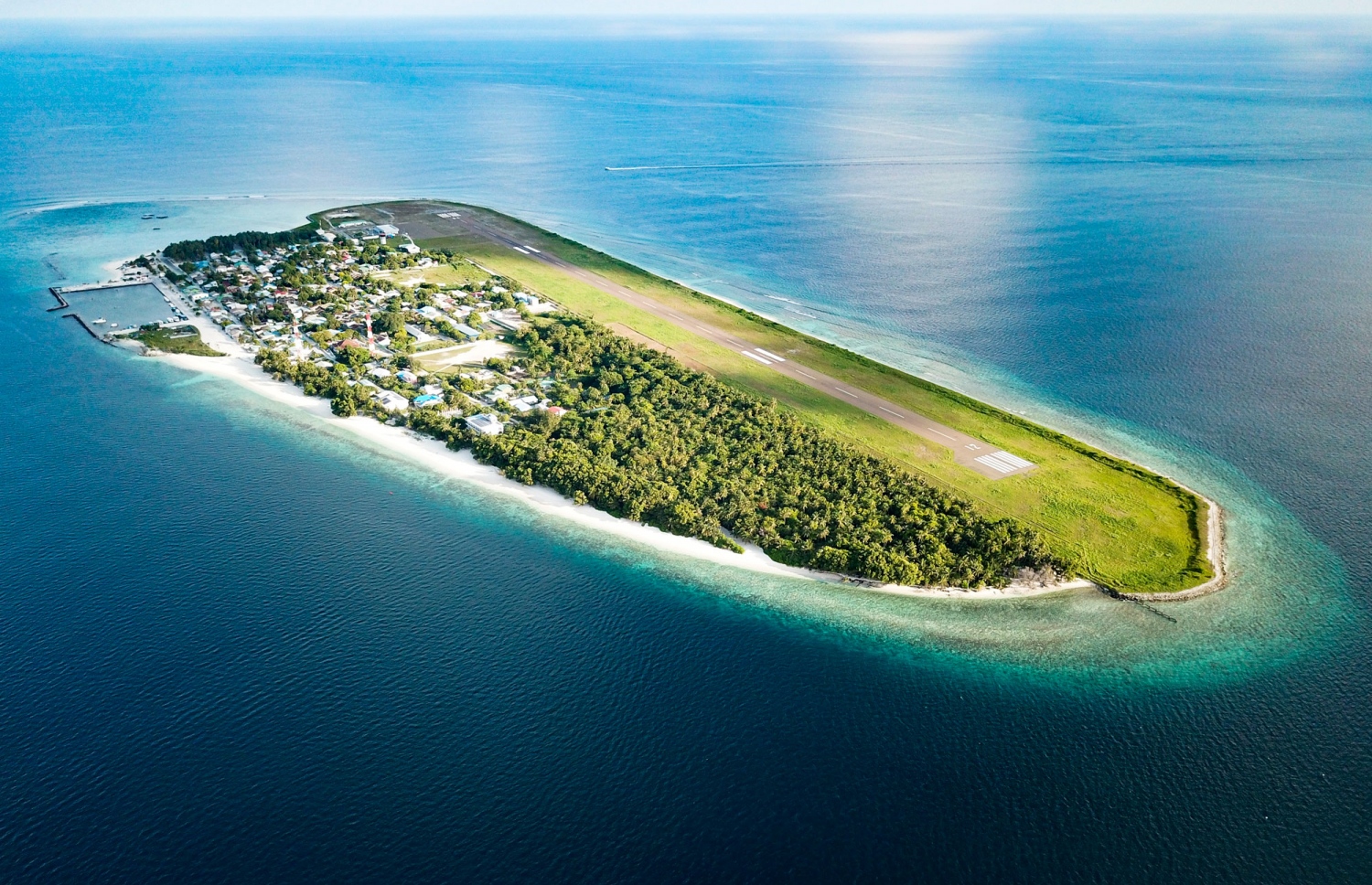 Home to one of the several domestic airports located around Maldives, Dharavandhoo is known as the hub of local
tourism in Baa Atoll. As such, the island’s economy focuses mainly on tourism related activities, and offers several guesthouses and various excursions designed to get the most out of your stay in the UNESCO Biosphere Reserve of Maldives. 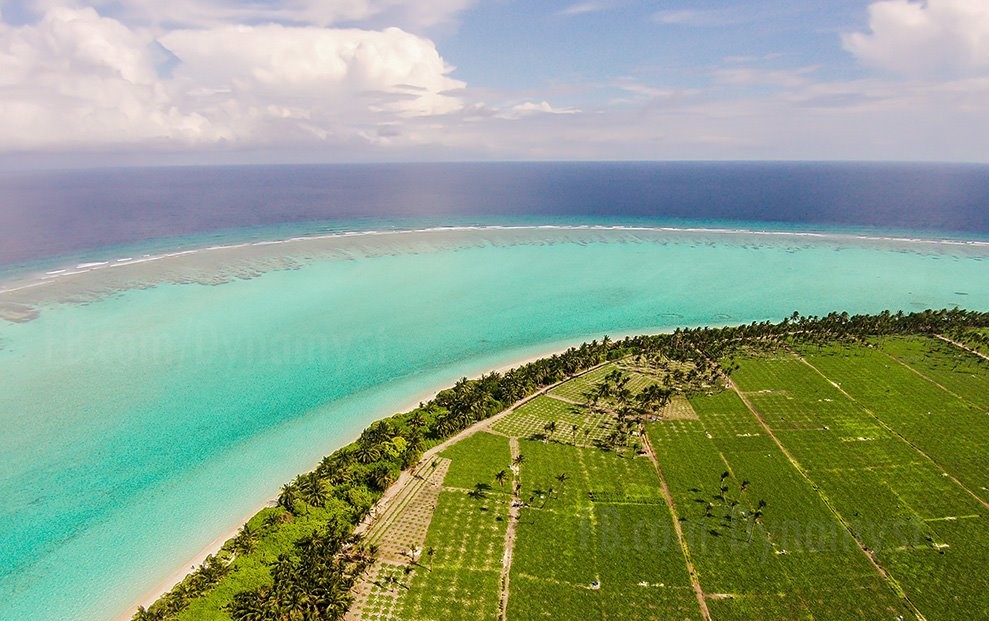 To most locals, the island is famous as the “island of watermelons”. This is no surprise as a large percentage of
the beautiful island of Thoddoo is composed of farms used to cultivate the fruit through- out the year. However, the farms on the island are a secondary attraction to the tourists flocking in droves to enjoy the private beach area regarded by many as among the most beautiful beaches in the country. 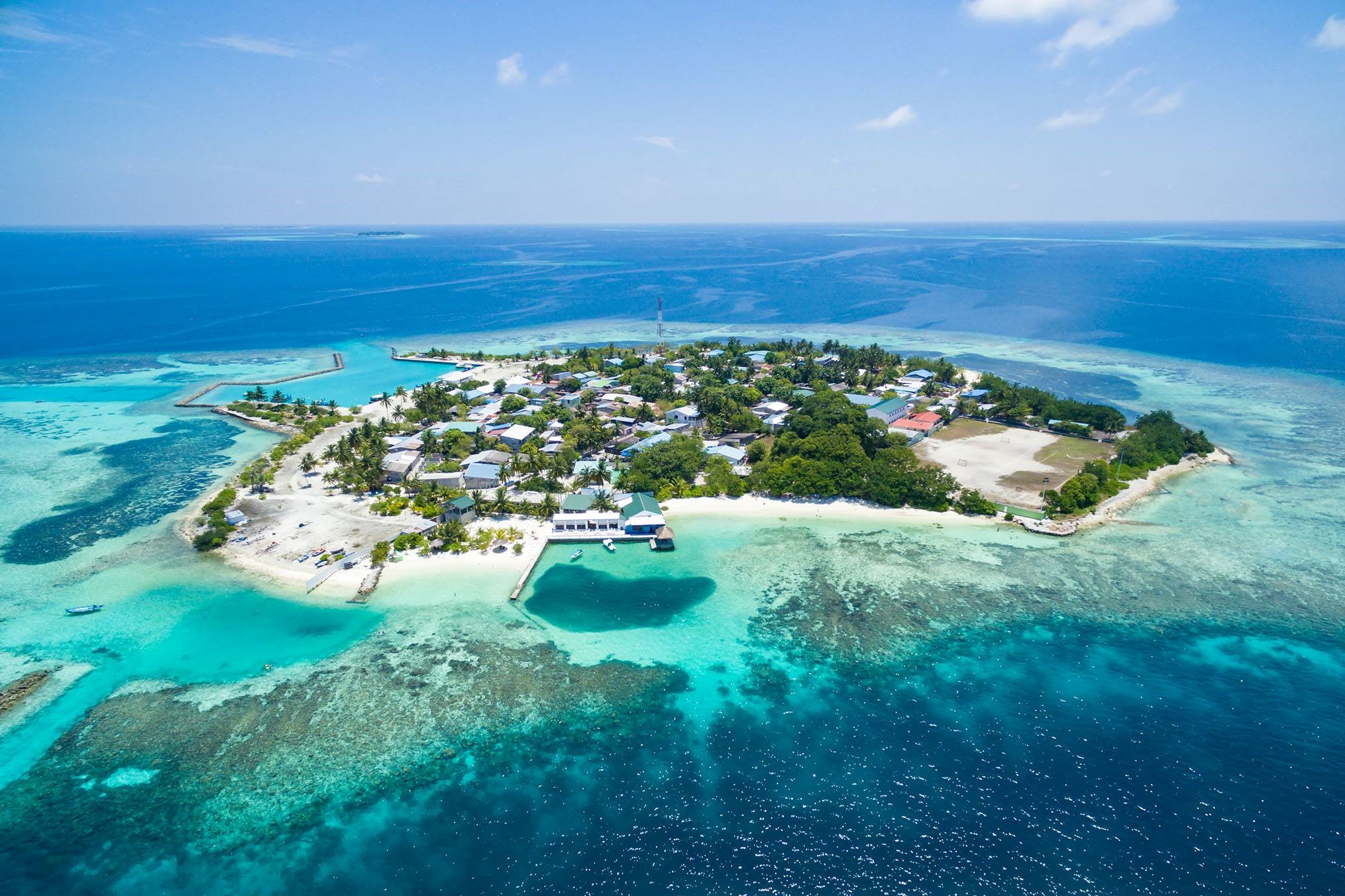 A relatively obscure little island located in North Ari Atoll, Bodufolhudhoo got some time in the spotlight recently after becoming the first island in Maldives to ban single use plastic bags. During the 1990s the island was used as a helicopter base by Hummingbird helicopter service and the helipad used by the company still exists. 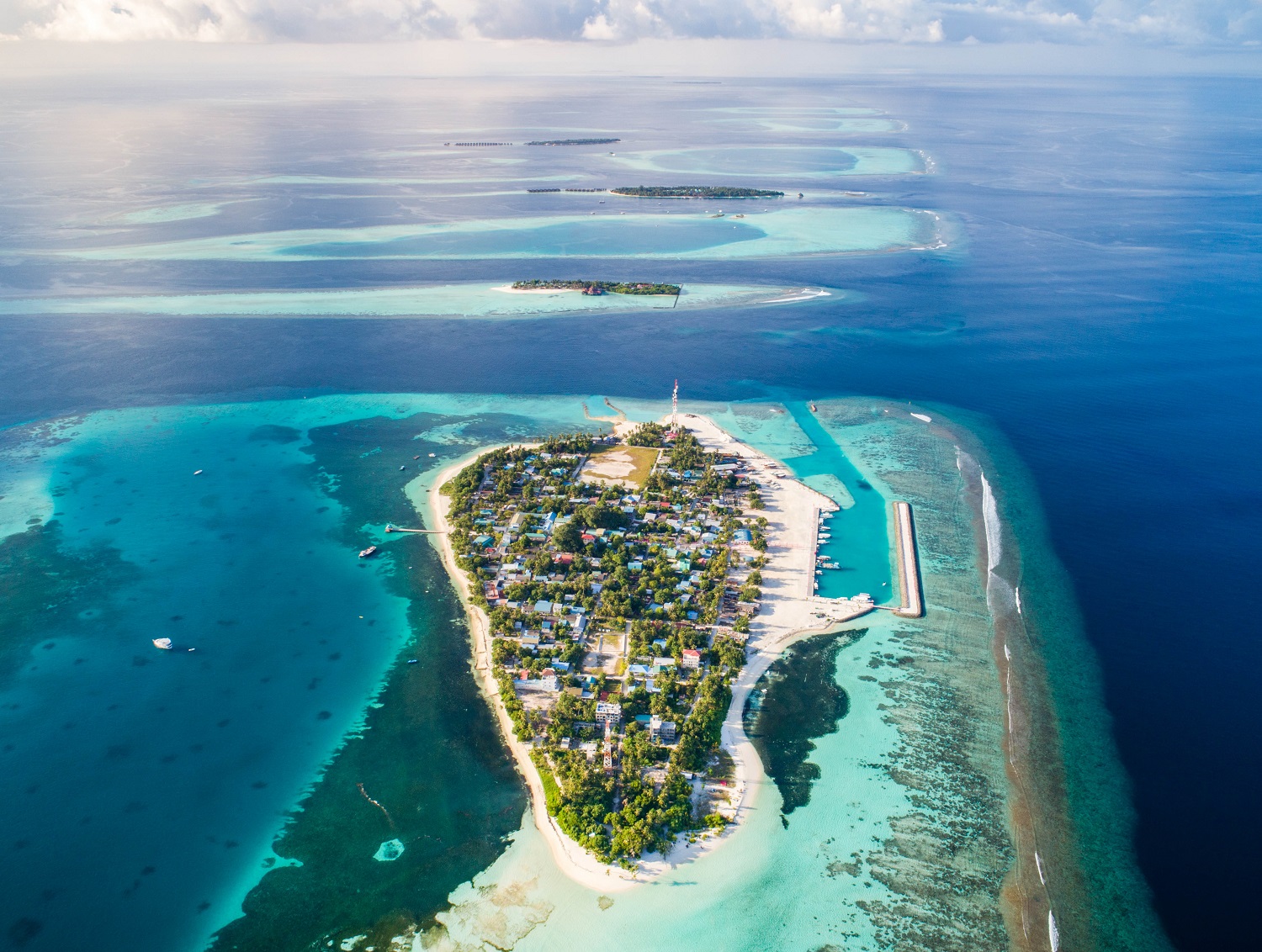 Dhangethi is well-known for its cultural heritage, including traditional handicraft and carpentry. To cater to the local island tourism , various tourism related services such as water sports facilities, scuba diving center and speedboat rental services for guest excursions has also cropped up on the island. Curious about the statue of a pot (known as a ‘runbaa’ by locals) at the entrance of the island? Be sure to ask locals about the local folk story behind it. It is an interesting legend. 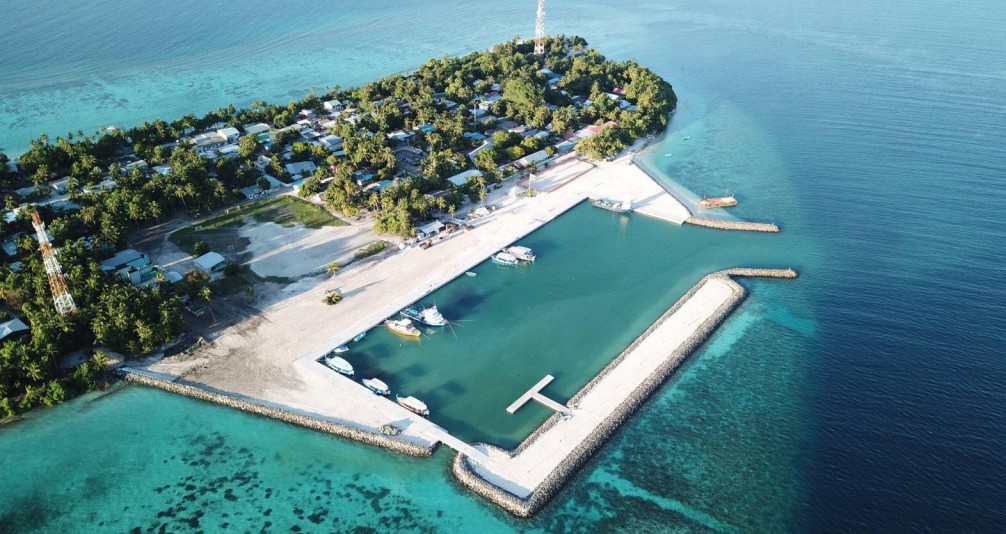 Himandhoo has become very popular as a beautiful vacation destination for locals as well as tourists in recent years. Having easy access to several popular dive spots in addition to the white sandy beaches surrounded by a beautiful lagoon just makes the allure even more potent. 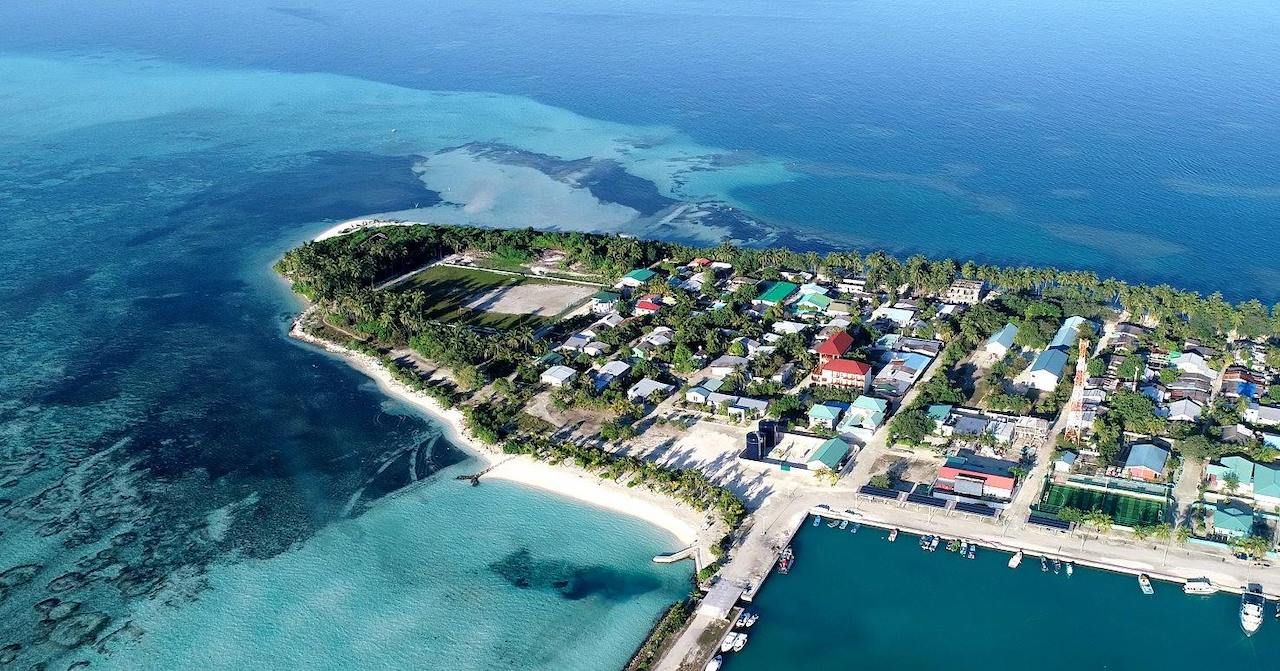 located 36,6 km northeast of Male, the capital of Maldives, Dhiffushi is becoming popular among tourist. Some
of the major attractions of the island are the beautiful bikini beach area that visitors love and the clear turquoise lagoon that’s perfect for snorkeling and other types of water sports.