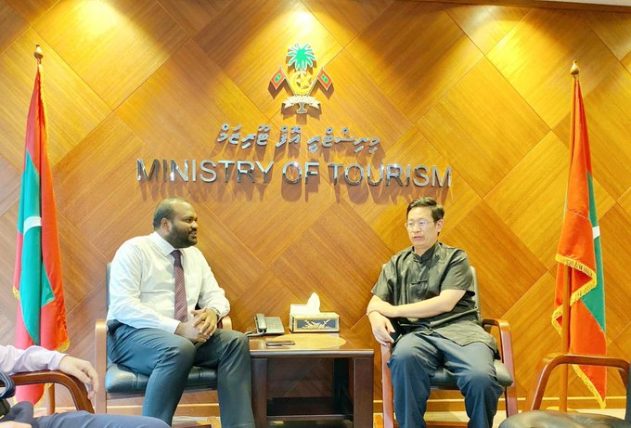 Minister of Tourism, Ali Waheed has conferred ways to increase tourists from India and China as the Maldives aims to attract 2 million tourists by the end of 2020.

Both ambassadors visited the Minister to congratulate him as the Maldives reached its target of attracting 1.5 million tourists this year.

India and China are two rising tourist markets in the Maldives. According to statistics publicized by the Ministry of tourism, China was the single largest market of tourist arrivals by October 2019. In this regard, 252,245 tourists from China arrived in the Maldives, whereas, 121,000 tourists arrived from India, who is the second-highest single market.

Preparations and planning are being conducted to market the sector in new destinations as the country has accomplished the target it set for this year.