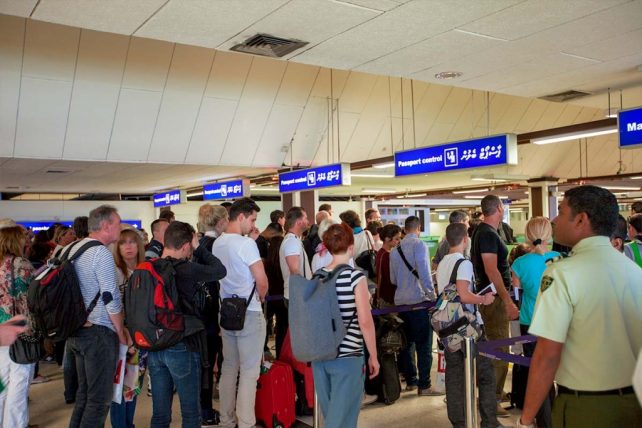 Tourist arrival increased by 10.9% in the month of May

During the month of May, Maldives has seen an 11% improvement in the tourist arrival numbers. At a press conference held by the Ministry of Tourism, Minister Ali Waheed stated that there has been a monthly increase in arrival numbers starting from December 2018.

Until May 2019, 749114 visitors have arrived in the Maldives in the first 5 months of 2019. This is an 18.4% increase compared to the arrivals in 2018. China is still the leading market to the Maldives followed by Italy, Germany, and the United Kingdom. Visitor arrivals are still expected to increase gradually in the upcoming months.