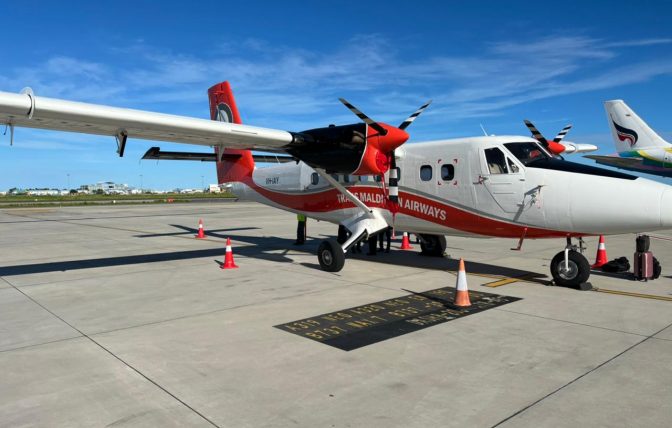 Trans Maldivian Airways has been expanding its fleet in line with the exponential growth of tourist arrivals and new resort developments in the Maldives, adding 3 aircraft since Maldives opened up its borders post- covid. The airline is committed to continuously grow and improve its services to cater to the growing demand, whilst offering its resort partners greater flexibility. TMA is expected to extend its services to a million passengers by the end of this year, and is set conclude the year with a fleet of an astonishing 60 aircraft.

As the oldest and most experienced tourist transport provider in the Maldives, TMA has been the preferred way to connect guests from Velana International Airport to over 80 resorts across 14 atolls, since 1989. The World’s Largest Seaplane Operator has recently relocated its seaplane operations to Noovilu Seaplane Terminal, operated by Maldives Airports Company Limited (MACL). The new, state-of-the-art facility holds twice as many seaplanes as TMA’s old seaplane base, and is designed to not only increase the efficiency of the seaplane operations, but to accentuate the overall guest experience and elevate the perception of seaplanes as a mode of transfer.